Demons demolish Dogs under the roof 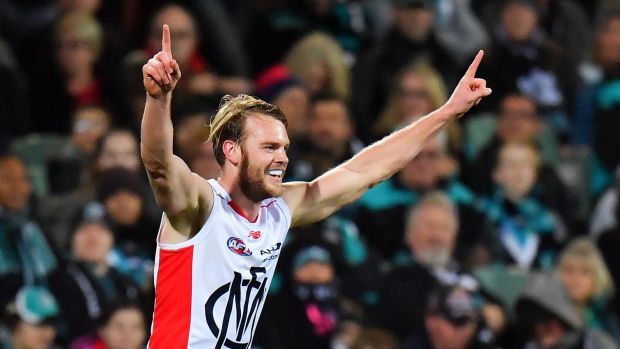 Tomas Bugg spoke to 3AW in the rooms after the game.

“We’re not worried too much about that, we’re worried about what we’re doing on the ground,” Bugg said.

Melbourne has won by 57 points.

Matthew Richardson said the heavy loss could be costly for the Bulldogs with the ladder as tight as it is.

Click play for the full-time wrap with Richo and Lingy

Melbourne leads by 34 points after grinding out a strong start.

The Demons’ withstood the Bulldogs’ attacks, keeping them goalless until the 19-minute mark of the second term.

There was some spice to the match, sparked by an incident between Tomas Bugg and Easton Wood.

“It got real in that second quarter,” Cameron Ling said.

Bugg earned a goal after being felled by Wood, with the Demon seemingly going to ground easily.

Melbourne coach Simon Goodwin spoke to 3AW before the game.

Bit of banter from Tomas Bugg before #AFLDogsDees.

But has he given away a key game plan? pic.twitter.com/rt7NOeEr7A

Goodwin said there’s a balance to be struck between reining players in and letting them express themselves.

“Obviously there’s banter, and a lot of players from opposition clubs are close friends these days,” Goodwin said.

“(But) you still want to mould them into respectful, humble young men.

“That’s ultimately what we’ve got a responsibility to do.”

This tipping nightmare of a weekend concludes with two teams on either side of 8th spot.

The Doggies (9th) and Dees (7th) are both on six wins, separated by just percentage as they vie for a finals berth.

Tom Liberatore and Tom Boyd return as the Bulldogs make another round of sweeping changes, including the omissions of Matthew Boyd and Fletcher Roberts.

The Dees, by contrast, take a settled 22 into this game following their thrilling win over Collingwood.

There’s a case to be made for both sides in this one. Who on earth do you tip?

Follow the action with the No. 1 commentary team in the game on 3AW Football!