Rain records have fallen and there’s been flash flooding across the state in Victoria’s wet start to summer.

In Melbourne, the promised heavy rain hit about 5pm on Saturday; nearly 20mm fell in the CBD within one hour, and 44mm fell within 24 hours.

It caused flash flooding in many suburbs including Seddon, where an expensive Maserati became trapped in Victoria Street (pictured above) on Saturday, and Williamstown, where a male driver had to be rescued near Point Gellibrand on Sunday morning (pictured below, courtesy Channel Nine).

There are no severe weather warnings still place but many flood warnings remain – click here.

Further afield, the North East has copped the brunt of the storms.

Residents in Euroa and Myrtleford were put on high alert to possibly evacuate, and flooding has caused many road closures.

Listener Corinne sent these photos in of her incredible view at Torquay on Friday. 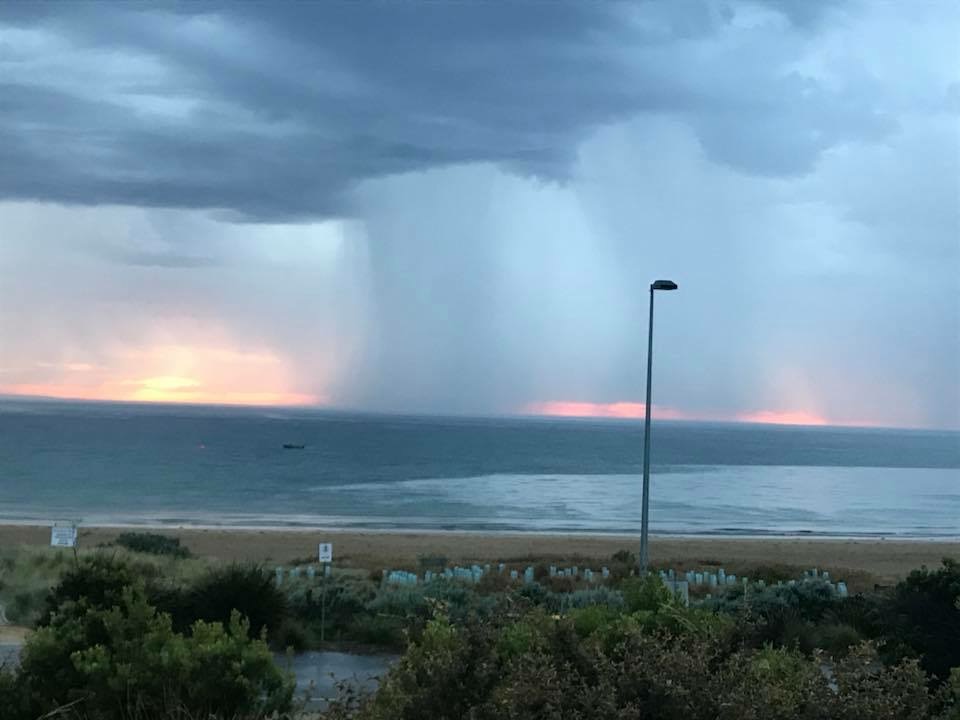 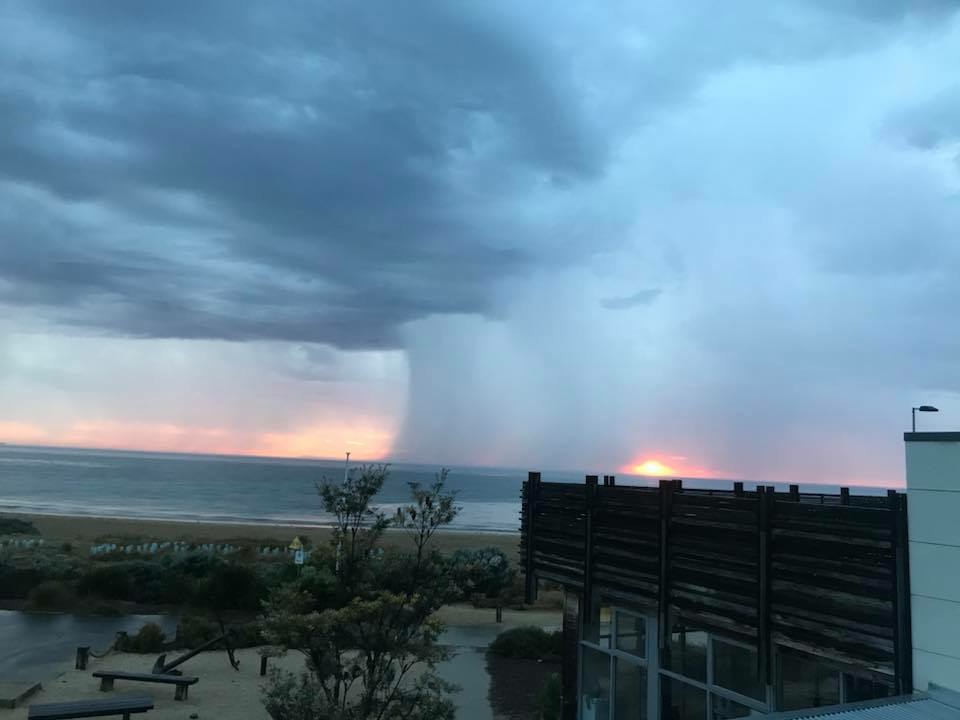