Neil Mitchell has clearly ruffled some Eagle feathers in the west, being accused of whingeing by Western Australians!

He’s even made the front page of their paper!

Western Australian sports minister Mick Murray even lined up for a whack at our 3AW Mornings host!

It all started with Neil suggesting a simple show of support for his Demons!

Optus Stadium chief executive Mike McKenna also potted Neil’s idea to get vision of Melbourne fans beamed into the ground, saying it would be hard to get pictures of fans from Mt Hotham. 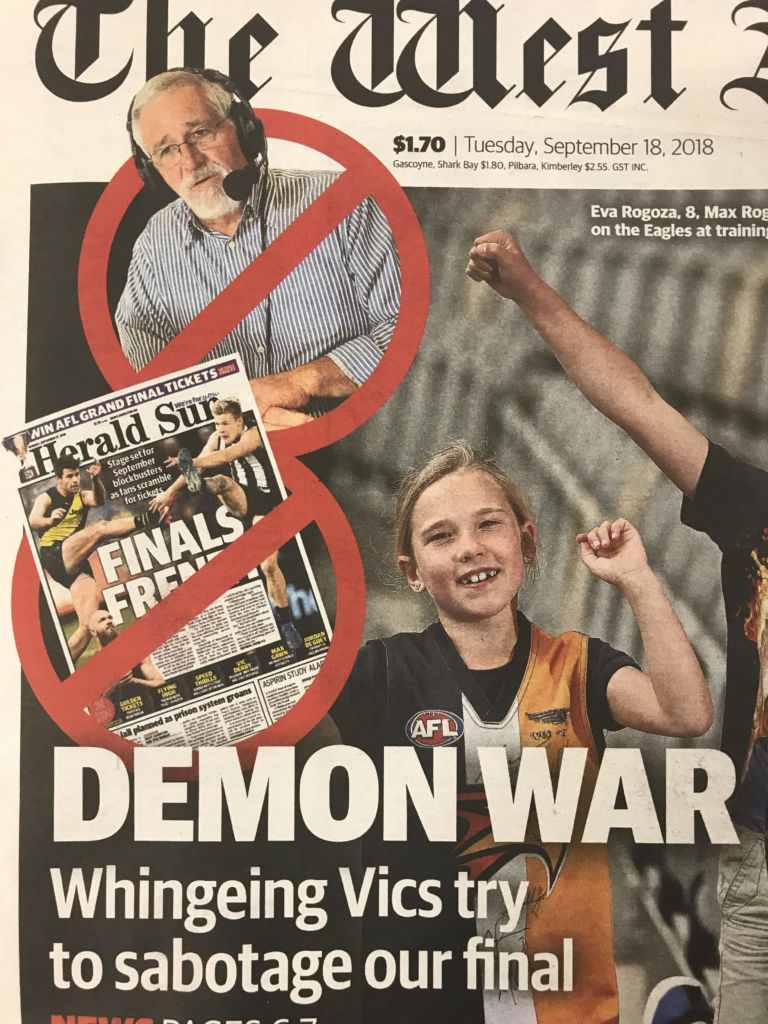