Neil Mitchell was cleaning his house and look what he found!

Neil Mitchell was going through some things at home recently when he found this picture of Tony Shaw on the front page of The Herald Sun.

Collingwood had just won the premiership!

Shawry was captain at the time and won the Norm Smith Medal. 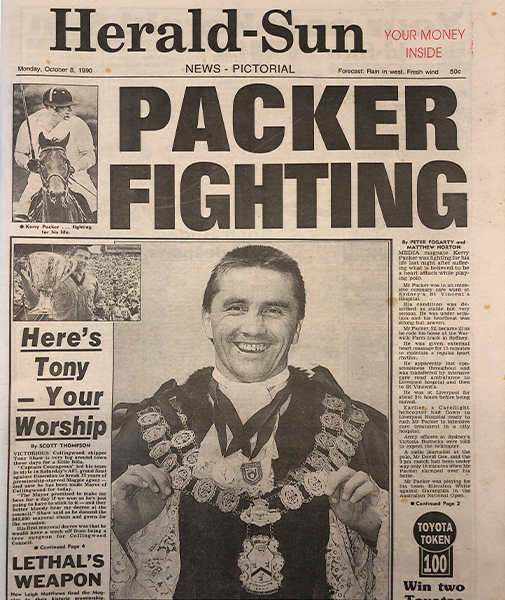