Salon worker Chrizzel Pontanes has slammed the “ridiculous” intersection that claimed the life of a teenager on Wednesday morning.

A 14-year-old girl died after being struck by a truck while walking across Whitehorse Road in Ringwood shortly after 7am.

Police confirmed the truck didn’t stop after the incident but a 39-year-old man later contacted them.

Ms Pontanes (pictured above), who works at R&B Haircraft, told Tom Elliott there were crashes at the intersection “every single week”. 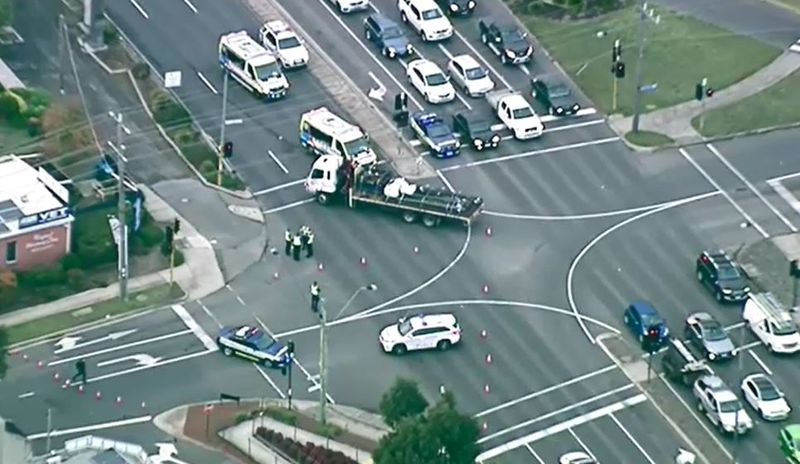 “It’s honestly not shocking at all that something so tragic like this today can happen,” she said.

“I’ve seen so many near misses – even myself – both walking across the intersection and driving.

“You have right of way turning onto Maroondah Highway but no one seems to realise that.”