Cam Guthrie has questioned the umpire’s decision to blow the whistle while Tom Hawkins was shooting for goal.

Hawkins was kicking for the win when the final siren sounded during Geelong’s draw with GWS.

The nearby umpire blew his whistle just as Hawkins was putting ball to boot.

Hawkins missed, ending the match in a draw.

“As players, we’re quite conditioned to respond to the whistle,” he said on Sunday.

“I just think you can wait until after the kick’s been taken.

“I actually thought it was a 50-metre penalty.” 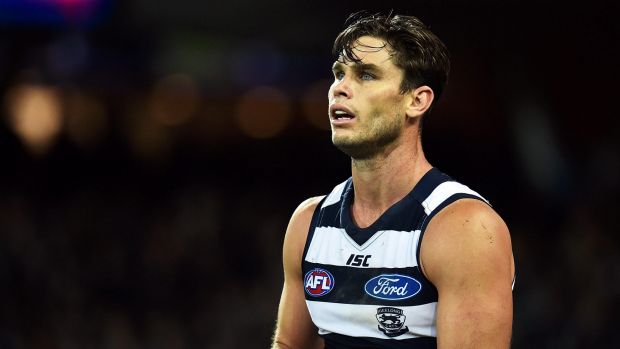