Caroline Wilson has slammed Eddie McGuire’s criticism of the media.

The Collingwood president said speculation around Nathan Buckley’s position is “rubbish” and “hysteria”.

“What a bunch of rot,” Caro said on Saturday.

“This is the guy who opened The Footy Show on night and said there is civil war at Melbourne.

“This is the bloke who said we’re going to napalm the AFL coverage.” 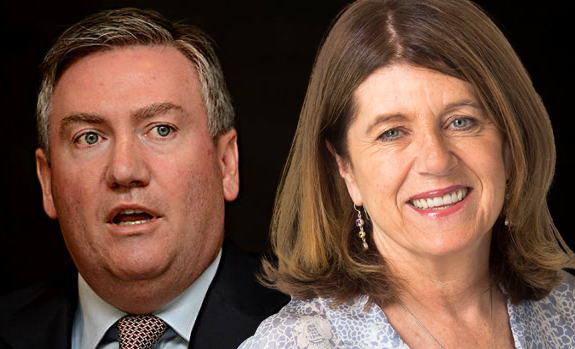