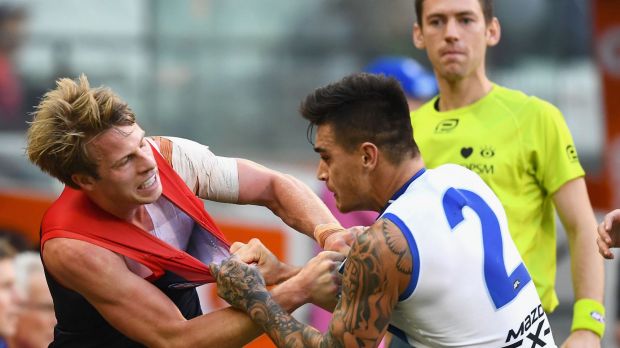 Daniel Harford thinks the MRP will “manipulate” the process to suspend players for jumper punches.

The AFL this week announced a crackdown on any sort of punch on the field.

Former Tribunal member Harford told 3AW Football the wrong precedent was set earlier in the season, which had prevented them from suspending players in the future.

Harford said the change will come when the MRP grades incidents from here on.

“They’ll find a way to whack you and give you the week,” he said.

“They’ll manipulate the boxes if they need to. The next level box up will be ticked, and they’ll be suspended.

“They won’t tell you that, but that’s what will happen.”