A man who has run three times for Lord Mayor of Melbourne is having another tilt.

The Roy Morgan chairman, who has polled significantly in his previous bids in 2004, 2008 and 2012, told 3AW Drive’s Tom Elliott he was ready to go again.

But he confirmed his running mate of previous years, Tom Elliott’s father John Eilliot (the pair pictured above), would not be partnering him this time. 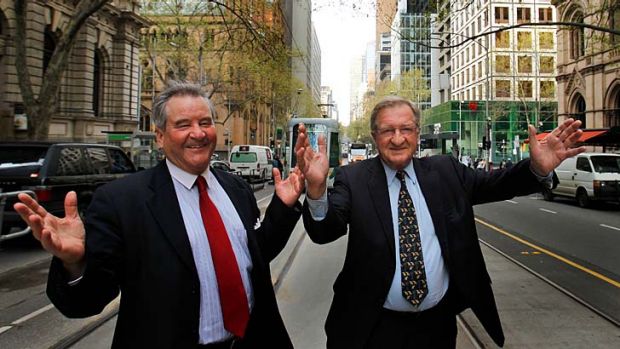