His dad became a champion with no.26, so Collingwood offered father-son recruit Callum Brown that famous number to him.

Instead, Brown will wear number 17 in his debut against Melbourne today.

“Cal sort of said ‘Oh could I have a think about’, and then spoke to me,” Gavin said.

“I said ‘Do whatever you want, mate‘ and he said ‘Yeah, I think I’d rather get me own number‘!

“I think he just wants to create his own pathway and make his own name.

“I was more than happy with that, to be honest, I reckon that’s a great way to do it.”

Brown Snr also revealed Callum was not a standout junior footballer, and admitted his son is more gifted than him in at least one aspect – “He’s got a better game sense than I did”. 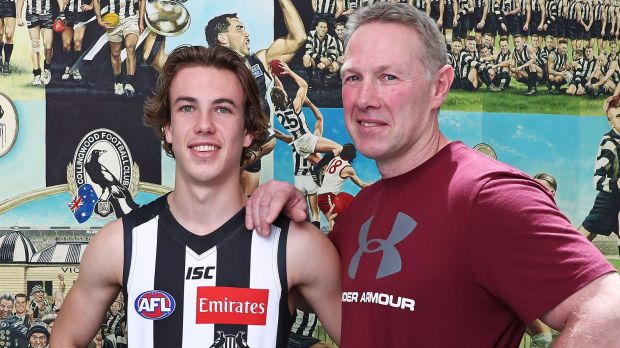