“He plays a sacrificial role”: teammate’s defence of Motlop

Mitch Duncan has launched a spirited defence of Steven Motlop.

Motlop is often maligned for his inconsistent output, but Duncan told 3AW people should look beyond the stats.

“It comes with the role he plays,” Duncan said on Saturday afternoon.

“He plays that sacrificial half-forward role where you don’t get rewarded every game.

“He creates so much space, his running power is elite… internally, we value what he brings to the side.

“He got his reward last night, which was a bonus, but his work ethic is pretty much the same every week. He might not lay a tackle but he’s creating space for other people to lead into. 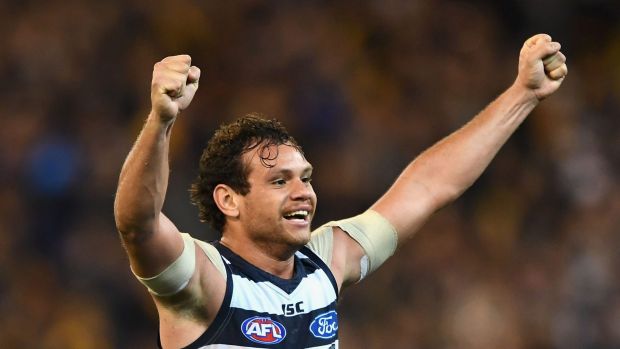