Jobe Watson’s mixed emotions ahead of his last finals campaign

Jobe Watson has opened up about his mixed emotions ahead of the Bombers’ finals campaign.

After a year-long suspension for the infamous supplement program, Watson has worked extremely hard to get the Bombers back into September.

Added to the emotion, Watson will retire at the end of the season.

“For me, it’s really rewarding and I’m really thankful I’ve got this opportunity,” Watson told 3AW Football on Friday night.

“For the guys who were playing last year, and those of us who weren’t, the idea that we could be out playing again in September was really exciting,” Watson said.

Watson said he has mixed emotions going into the finals series.

“But there’s a bit of sadness as well, knowing that it’s almost done.” 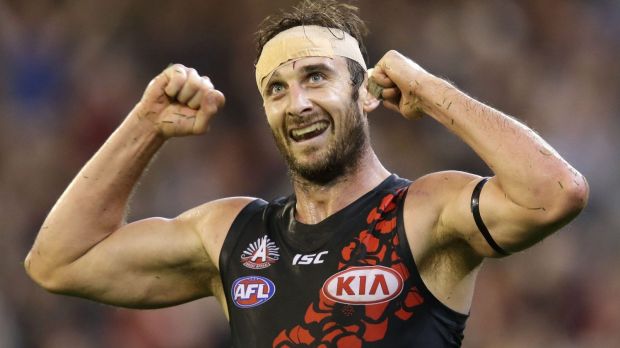