The boss of umpiring for the Western Region Football League says the umpire allegedly attacked after a junior footy grand final was left “in shock”.

But he said the man, aged in his 40s and minister of a religion, was likely to continue umpiring.

“I spoke to him last night and he was in shock at that stage,” Terry O’Donnell told Neil Mitchell.

“I spoke to him again this morning and he’s very sore.

“He was kicked, and he also got hit in the face a couple of times.

“The first remonstration came from an official, and then a player kicked him.”

He said the umpire was unsure where the hits on the face came from. 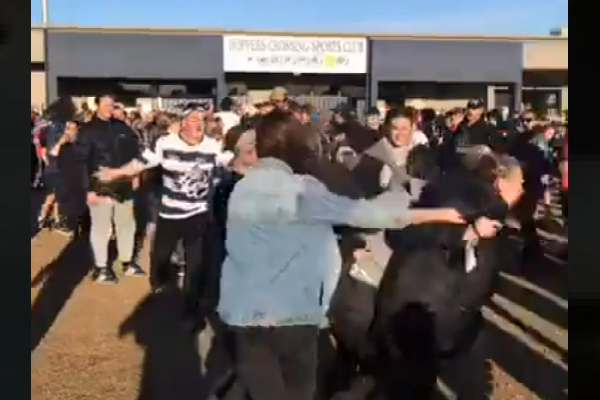