Punter ‘pocket-dials’ his way to an accidental $20K (and Burnso was there!)

A Victorian man has ‘pocket-dialled’ his way to more than $20,000 in a punting blunder that has paid big dividends.

And in a bizarre twist, we think Burnso may have been the lucky charm.

The man was enjoying a day on the punt at the Sorrento footy club on Saturday when he backed Japanese raider Brave Smash $50 each-way in the last race at Caulfield.

But when the punter checked his betting account, he found a lot more than his place-bet dividend.

There was more than $20,000 in his account, because he had accidentally had two bets of more than $2000 each on the winner – Vega Magic. It all unfolded shortly after the punter took the below selfie with none other than our own John Burns! This revelation was not made until after Ross and John finished on-air Wednesday.

It’s not been confirmed what one needs to do to Burnso in order to derive the good luck. 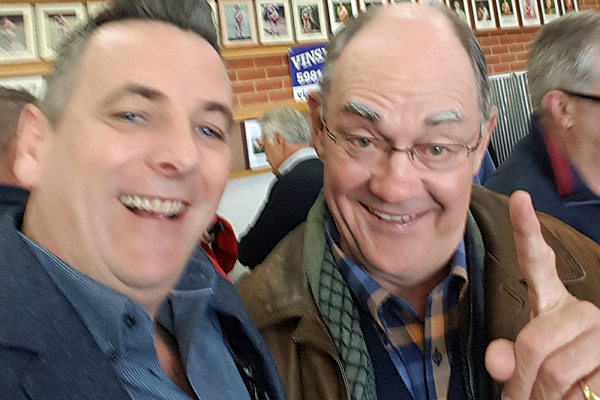