Rex Hunt has blasted Tomas Bugg for the timing of his strike on Callum Mills.

The Melbourne tagger knocked out Mills at the MCG on Friday night, the day after Richmond’s Bachar Houli was suspended for four matches.

Houli had also concussed an opponent off the ball.

Rex said Bugg’s action was “d—headism at its absolute best”.

“It was like saying there’s a speed camera on the Princes highway near Berwick, and you go and do 150km/h,” Rex said.

Rex said Bugg would be “the luckiest bloke in the world” if he also gets a four-week suspension. 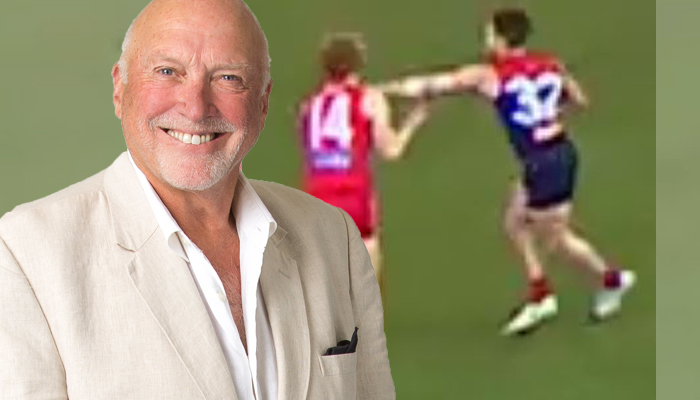