Richo and Lingy’s take on the Dangerfield tackle

Dangerfield could be looked at by the MRP for a tackle which left Matthew Kreuzer with mild concussion.

But Lingy told 3AW Football he didn’t think there was anything reportable in the incident.

“There’s a difference between illegal tackles for a free kick and a dangerous tackle,” Lingy said.

“A dangerous tackle is one where there’s two movements, two actions.

“Is it time we time we get rid of the ‘fairest’ element of the Brownlow?” he said. 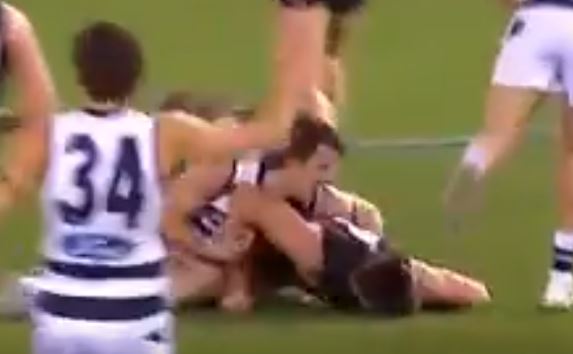