Matthew Richardson has gone in to bat for Clayton Oliver.

The Melbourne midfielder came under fire on Saturday night for falling to the ground after a strike from Eagle Will Schofield, an incident which sparked a half-time melee.

There was minimal contact to Oliver’s chin, but Oliver told Channel 7 after the game that it caught him by surprise.

Richo told 3AW Football we have to take his word for it.

“Unless you’re the one who’s received that contact, how do you really know?” Richo said on Sunday. 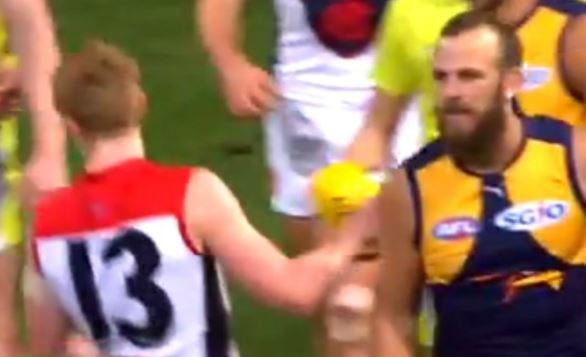