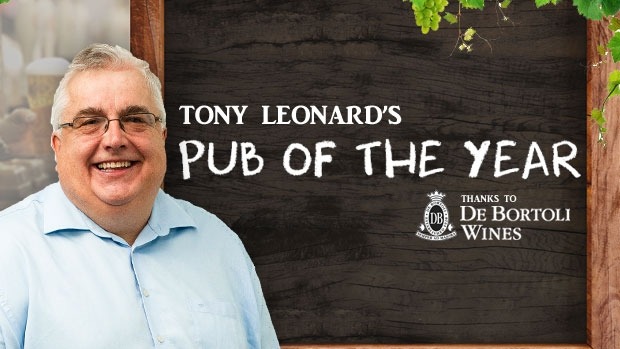 Today it’s time to look back at the September to December 2017 period and acknowledge the best 3  pubs of the month during that time. On Neil’s final program of the year on 15 December , the best for DeBortoli is announced.

This is the most competitive year that I can recall and there are 4 genuine contenders for the title in this 22nd year of me doing the segment.

So far this year, the monthly nominations are;

All pub reviews for 2017 can be located at: www.3aw.com.au/puboftheweek

I will do a more complete reflection on the year in my final summary,  but my overall impression of pub trading is that the spaces inside the four walls – sorry for the footy cliche – are being utilised so cleverly and levels of comfort in a lot of pubs have never been better.

Well run pubs are reaping the benefits, ever mindful that the grind becomes more arduous.

PUBS OF THE MONTH THIRD QUARTER:

The question asked most about the North Melbourne Hotel is..’where is it?’.  And it’s reasonable too as I can’t ever recall an NMH.  It is in Victoria, heading down to Errol, and the brilliant team of Jose and Sandra D’Oliviera have brought this pub to life. Great front bar, excellent food/wine menus topped off with wonderful service. The North Melbourne Hotel is another in their magnificent canon of pub ownership of 30 years.

Co-incidence, but at one stage this glorious art-deco pub was run by the D’Olivieras (around 20 years ago). Food ramped up, 3 distinct spaces inside and the most jaw-droppingly clever use of concrete pipes which serve as private dining rooms.  Part of the emerging Sand Hill Road portfolio of pubs, they have got the Prahran bang on.

The first ever pub of the year – 1996 – and what made the pub so beloved is in evidence some 20 years on.   Backstreet location, old front bar, lovely darkish nooks and crannies, with the perfect role call of smarter pub grub.  Comfortable from the get go, this was a lovely reacquaintance.

2017 DeBortoli Pub of the Year nomination:

In restricting to 4 only, there is a disservice done to at least another 4 pubs, which to me underlines a renaissance in pubs, and people gravitating to them.

All correspondence via email is read and when an answer is needed I will get back to you.  Please keep writing to me at tony.leonard@macquariemedia.com.au