Richmond has condemned “unacceptable” behaviour from some of its players after vision of Nick Vlastuin and Jayden Short touching Mabior Chol inappropriately during the club song drew condemnation from the public.

“It was a stupid action and I’m deeply embarrassed. I’ve apologised to Mabior,” Nick Vlastuin said in a club statement.

“It was unacceptable behaviour and a poor example,” Jayden Short added.

Chol said he took no offence.

The duo appeared to grab at Chol’s genitals while singing the song. 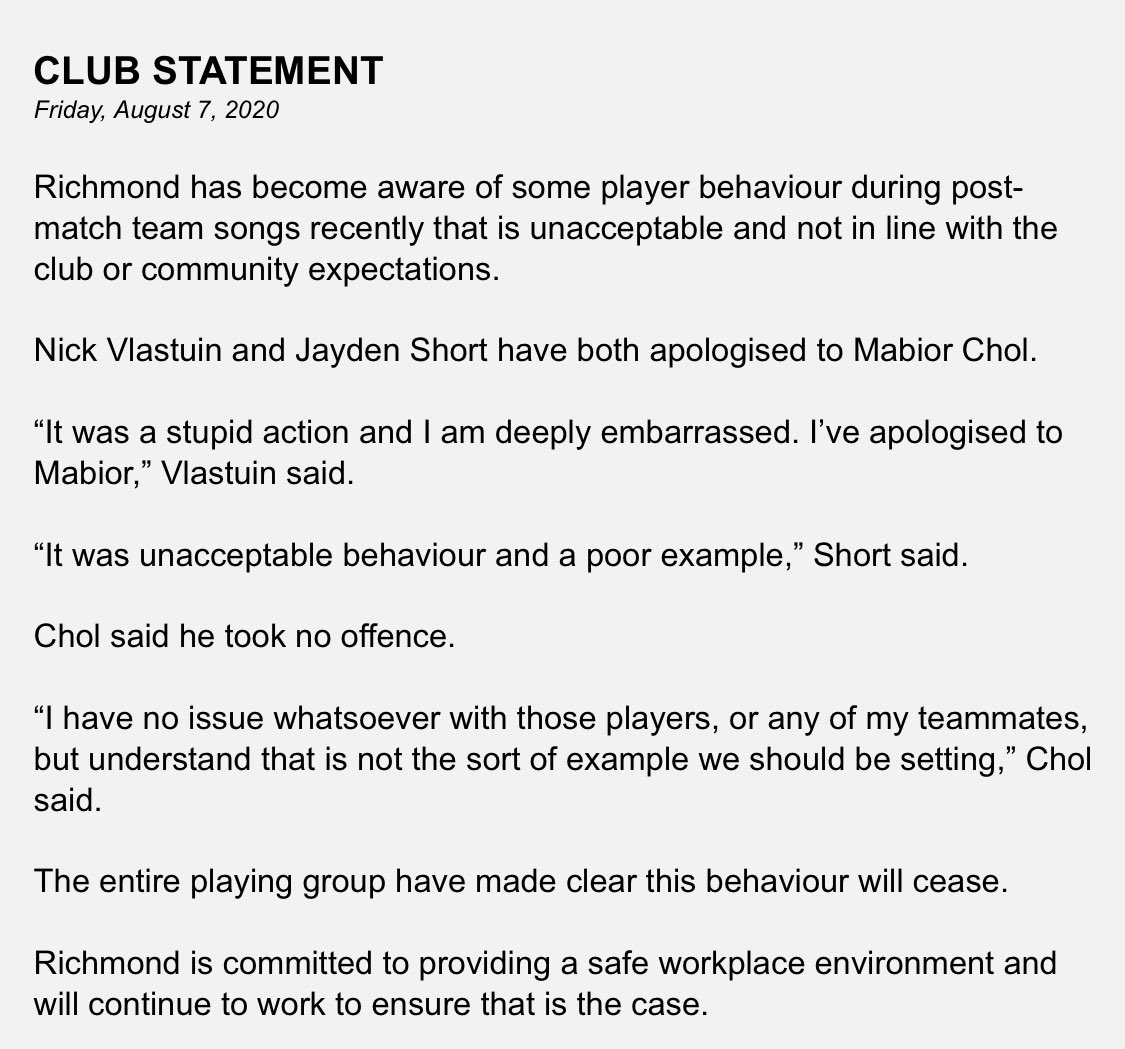