In a sentence: giant serves of traditional Colombian food in Melbourne’s Vietnamese strip.
The damage: mains $15 to $27 with enough for leftovers
Top tip: a lot of Colombian food is corn-based, so it’s very gluten free-friendly
#EatCuriously: try the offal dishes, they’re as close to Colombia as you’re going to get for a while
Quench your thirst: work your way through the Colombian beers or try tropical juices such as lulo (looks like a tomatillo, tastes like guava and banana)
If you like this: visit La Colombianita (weekends only, South Melbourne), Berbeo Bros (South Melbourne and CBD) and La Tienda (Windsor)

If there’s one, true indicator of a good restaurant, it’s a woman in tears.

I’m starting at the end of my meal at El Toucan South Central, a Colombian restaurant in Melbourne’s Little Vietnam on Victoria Street, which opened in May this year. Owner Frank Torres, who pioneered South American food with his now-closed CBD restaurant El Dorado in 2004, stops a woman on her way out.

I don’t catch her name, but he puts his arm around her and introduces her as one of his most loyal customers. She tells me, with tears in her eyes, how she found a connection to Colombia through Frank’s food when she moved here 18 years ago. He cured her homesickness, and she’s on a repeat prescription – this is already the fourth time she’s been to the Abbotsford restaurant. 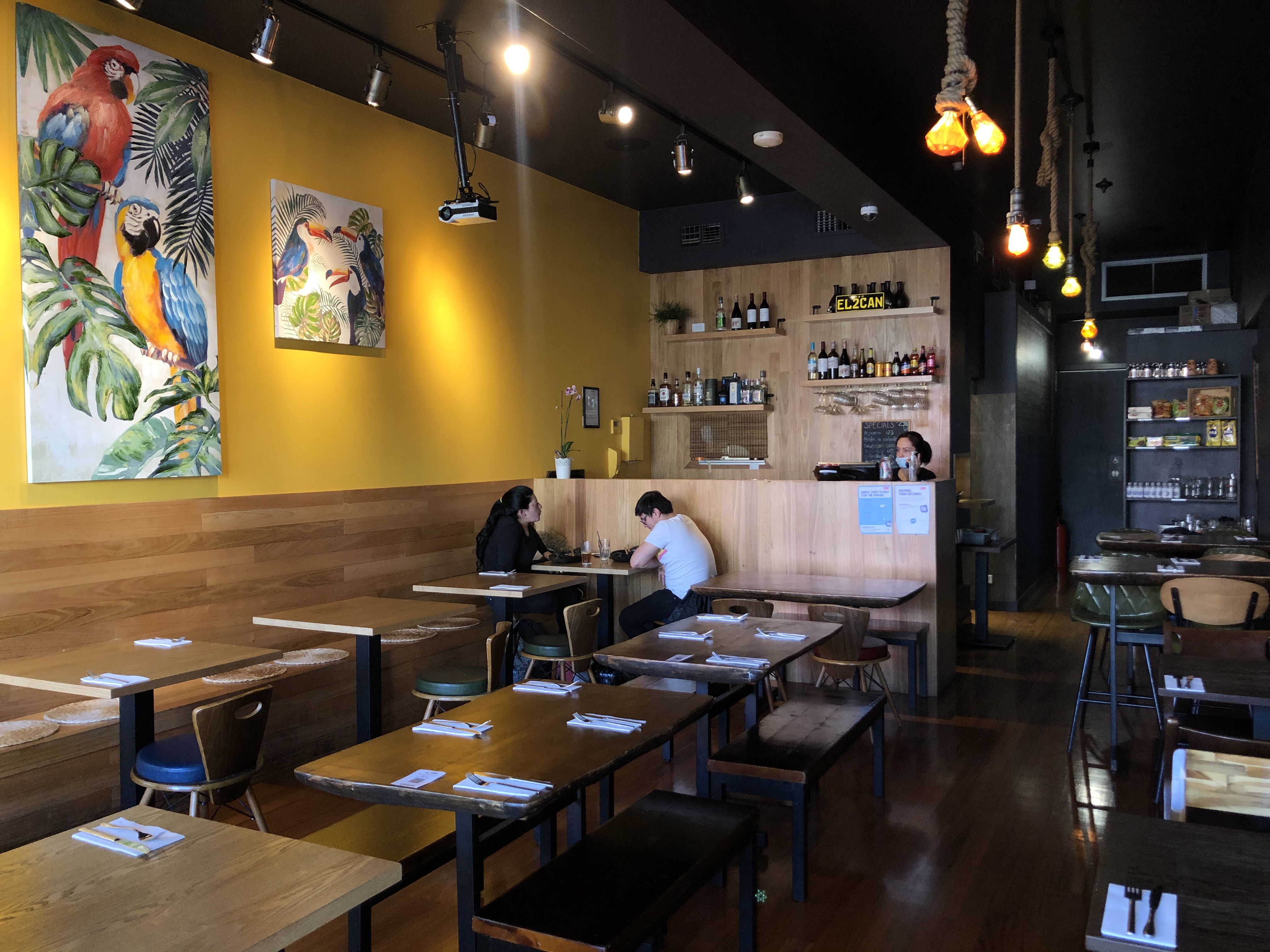 The original El Toucan is one of Melbourne’s best-kept secrets. It’s a canteen-like set up in the Maribyrnong Aquatic Centre where kids eat empanadas instead of potato cakes and dimmies after their swimming lessons. It’s still there and worth checking out. El Toucan South Central is a proper, sit-down dream-come-true for Frank. I’ve eaten his food before, including the picada, a massive share plate of empanadas, morcilla, chorizo, cassava chips, criolla potatoes, crisp pork belly and chipotle mayo.

All of the recipes at El Toucan are crosschecked by Frank’s mum via Facetime. This time we order three dishes between two. It’s a rookie error – the servings here are ridiculous. In fact they’re so big that Frank doesn’t advise people to finish their food, but rather take some home to fry up with eggs for breakfast the next day, which is a dish in itself called calentado. We order bandeja paisa, one of Colombia’s most popular dishes. Paisa refers to the region and bandeja means “platter”, which gives you an indication of the size. You get a mound of rice with chicharron (pork belly), an arepa, cooked slices of plantain, pulled beef, slow-cooked beans, avocado, chorizo and a fried egg. And then you nap.

My dining buddy is a fellow offal-lover, so we also also go for lengua en salsa; slow-cooked ox tongue with rice, plantains, salad and hogao (think tomato-y, Colombian sofrito or salsa). The texture and flavour remind me of the brisket my cousin always serves at Passover. But my favourite dish, and one I’ve had before, is mondongo, a hearty and comforting soup with whole criolla potatoes, peas, carrots, onion and bits of pork and tender tripe. It comes with a little bowl of rice and some avocado, just in case it isn’t already filling enough. Somehow we still have room for dessert when Frank puts torta de tres leches or “three milk cake” on the table. It’s a dense sponge in a puddle of sweetened condensed milk with a squirt of whipped cream (does that make it four milks?) and edible flowers. 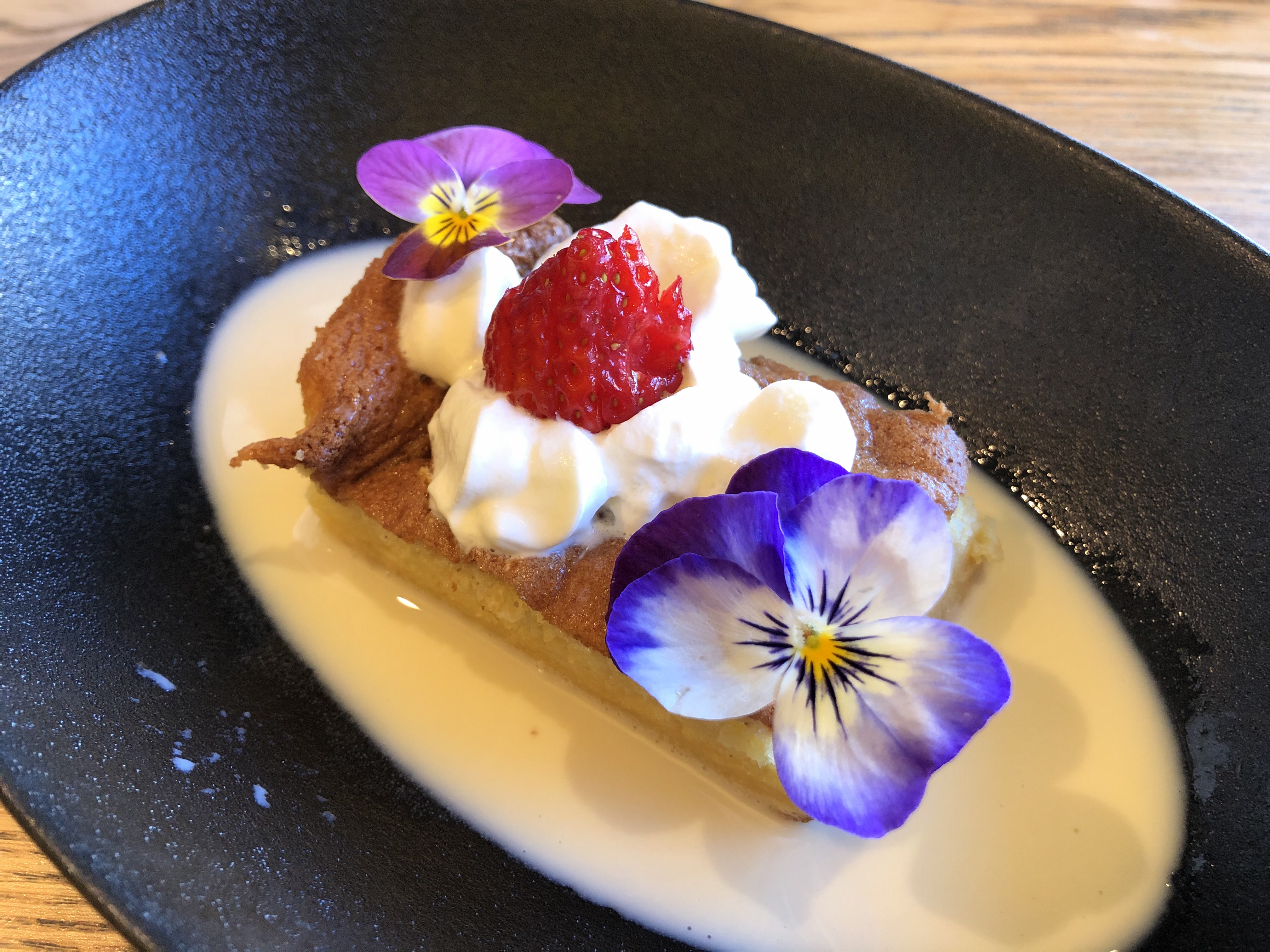 El Toucan South Central will add an even wider range of Latin American dishes to the menu soon from as far as Peru and Cuba. When the murals are painted on the walls, the Colombian karaoke is hooked up and COVID restrictions ease to allow the full 40 customers, I’ve got a feeling El Toucan South Central is going to bring some serious life back to Victoria Street.

Open daily from noon to 9pm.