It’s 2.45am and I am deliriously happy. Why? Because I just had my first dinner back in an actual, real-life restaurant! There was actual crockery and cutlery, actual dishes served by an actual waiter, and actual in-person conversations at the table.

When a mate jokingly asked chef Joseph Abboud if he was going to open Rumi in Brunswick East at midnight, he laughed along – and then decided to follow through. On Tuesday he announced via social media that he would open with the maximum indoor capacity of 20 people for a set menu at 11.59pm Thursday (last night). His thinking was simple: charge $100 per head for a celebratory reopening banquet and donate the proceeds to Beyond Blue. I jumped at the opportunity.

As I pulled out of my garage at 11.50pm to go to dinner, I realised that I would technically be breaking the law for another nine minutes. As luck would have it, I stopped next to a police car at the first traffic light I encountered. They couldn’t have been more disinterested in me.

I crossed the road and entered Rumi right on the dot at 11.59pm. The staff were wearing smiles so wide that they leaked out of their masks and commandeered their eyes. I checked in, they checked if I was double vaxxed, and then everything proceeded as normal (other than the woman who did a happy dance before sitting down). 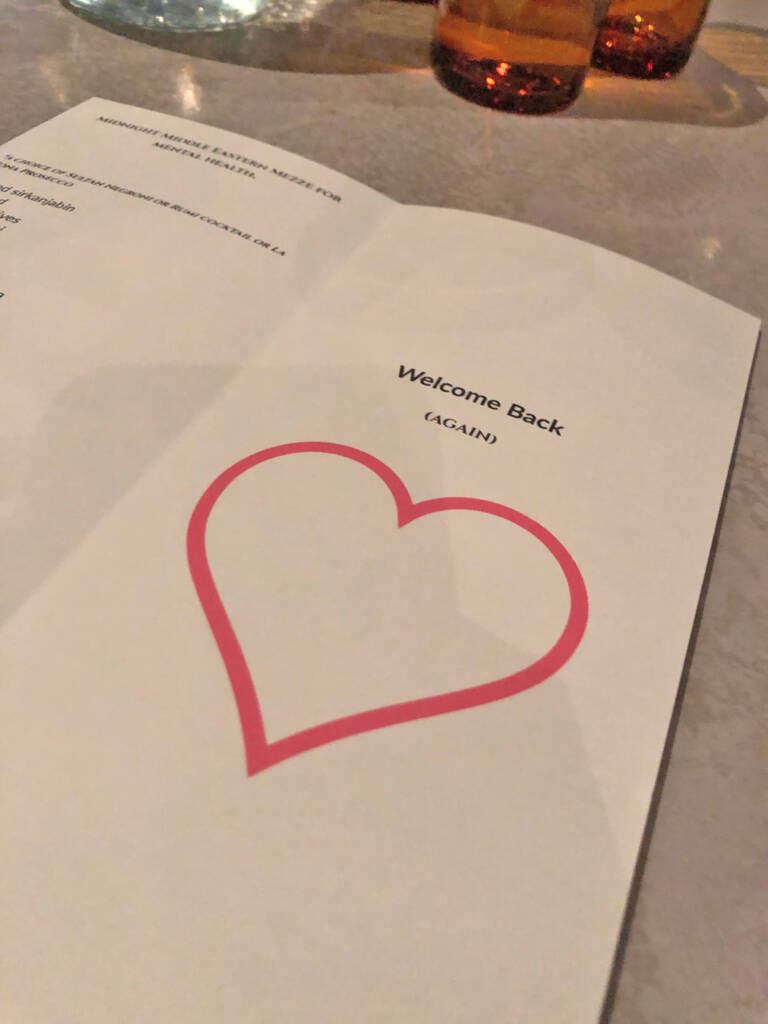 The menus were printed with a love heart on the front and the message, “Welcome Back (AGAIN)”. Water was poured from a height out of Middle Eastern pitchers and a sultan’s negroni spiked with saffron and blossom water followed. I asked Joe how he was feeling.

“Oh, you know,” he shrugged from behind his mask, “a bit nervous!” 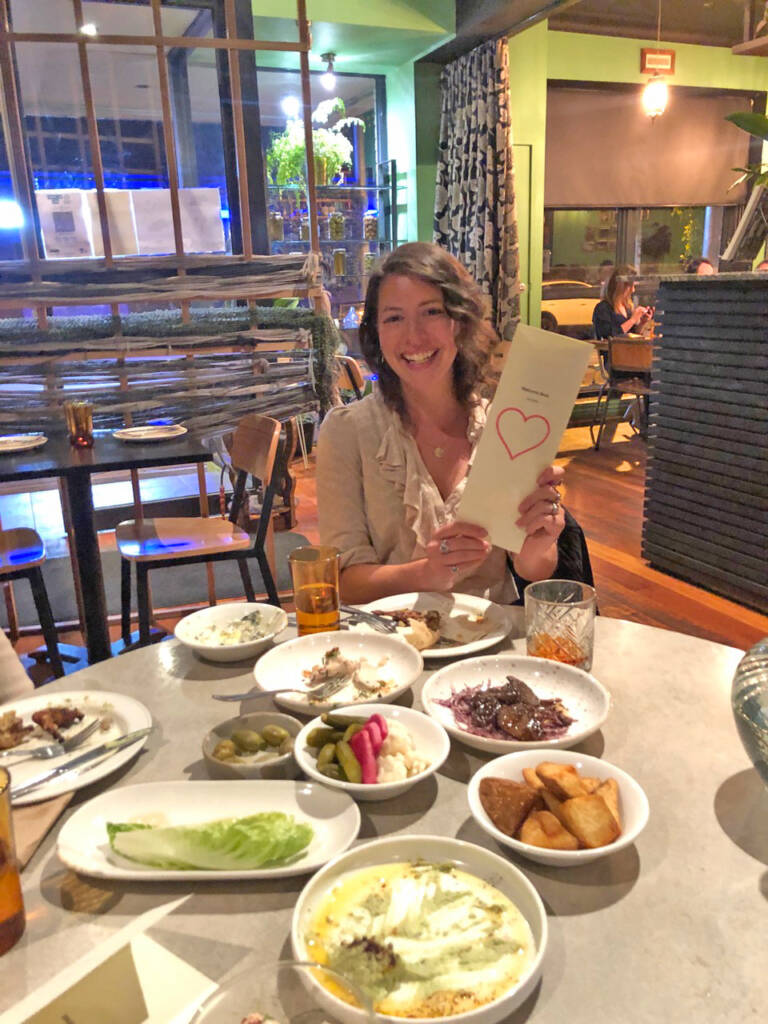 He shouldn’t have been. Rumi has overfed people phenomenal, flavoursome Middle Eastern cuisines for 15 years now. This banquet menu contained a number of hits, and like every meal I’ve had at Rumi, there was enough leftover at the end for lunch. 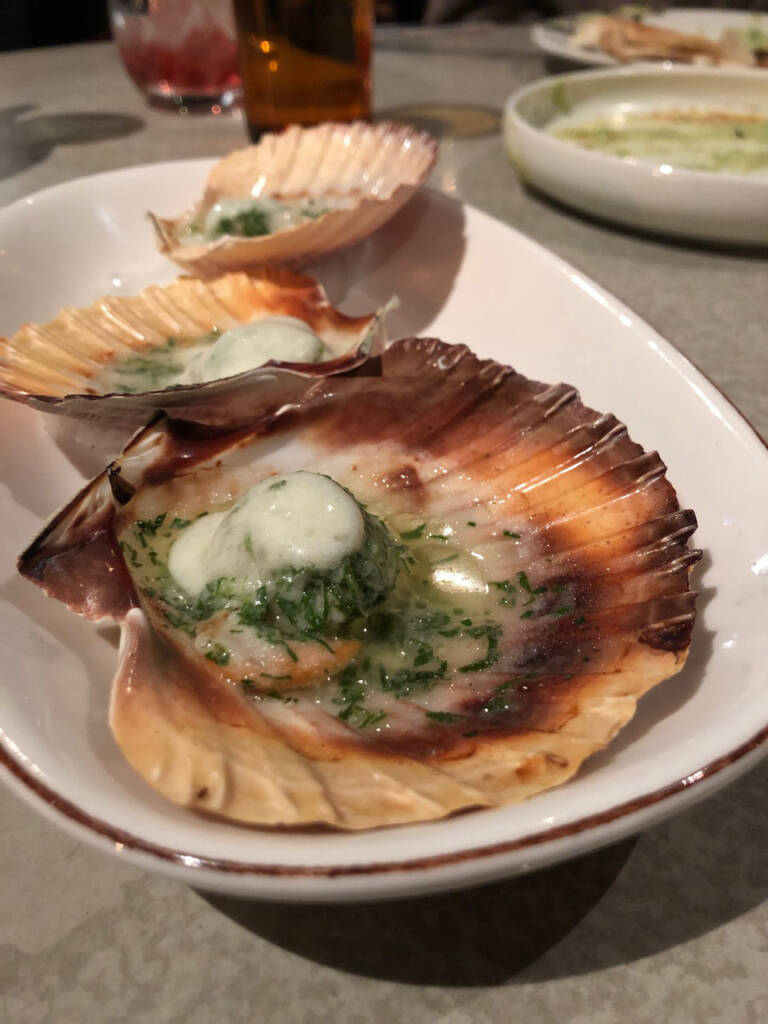 Next came scallops, heavy on garlic from toum but brightened with parsley. My favourite skewered, seasoned quail followed, topped with pickled grapes, before chicken livers in sweet pomegranate molasses arrived. There was also creamy chicken tarator with a tahini base (a dish usually made with fish), fried potatoes and pickles. 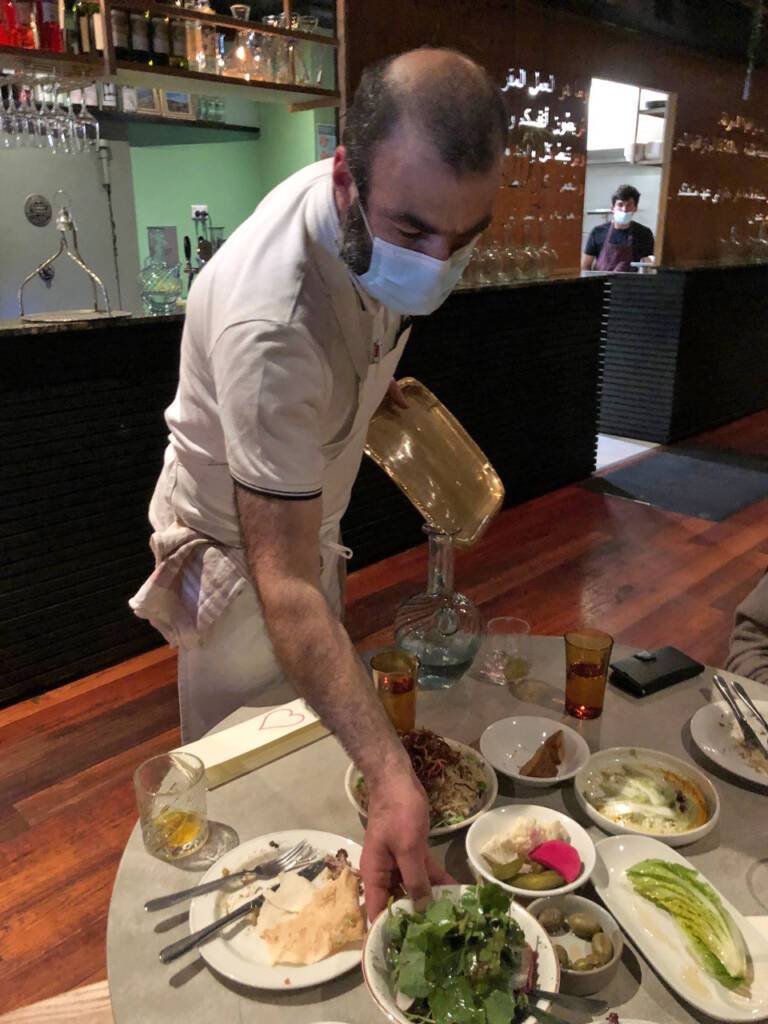 By this point, we were properly stuffed, but still hadn’t made it to mains: lamb spiced with Persian advieh in pea-studded pilaf and the freshest leaves lightly tossed into salad. I was grateful that dessert was a single scoop of salted macadamia and cinnamon ice cream, despite scoring 11/10 on the velvety ice cream scale.

The best part about dinner for me was seeing how thrilled Joe was to have customers back in his restaurant – even though the last minute change to reopening laws regarding vaccinations has left him two main staff down.

“It’s just not the same when you’re in there (the kitchen) and there’s no energy coming from out here – just the odd Uber driver sticking his phone in your face with an order.”

We missed it, too, Joe. And now, we have some lost time to make up for.

Rumi is open this weekend but is booked out until Wednesday.

There is seating both inside and outside in a casual car park set up.