THE ASHES LIVE! All the action from Day 1 at the WACA

Fielding coach and former Australian wicket keeper Brad Haddin spoke to the boys after the match.

England are in control at the end of Day 1 at the WACA.

The session belonged to Malan, bringing up a fantastic maiden century. It wasn’t without nerves, after he was dropped by Bancroft in the slips on 92.

Australia failed to get any break through during the final session, and will go into Day 2 one review down after another failed challenge.

With so much talk around his inclusion in the side, Mitchell Marsh bowled seven overs for the day.

Click PLAY for all the highlights of the final session.

It is also the first century by an English batsman this series. 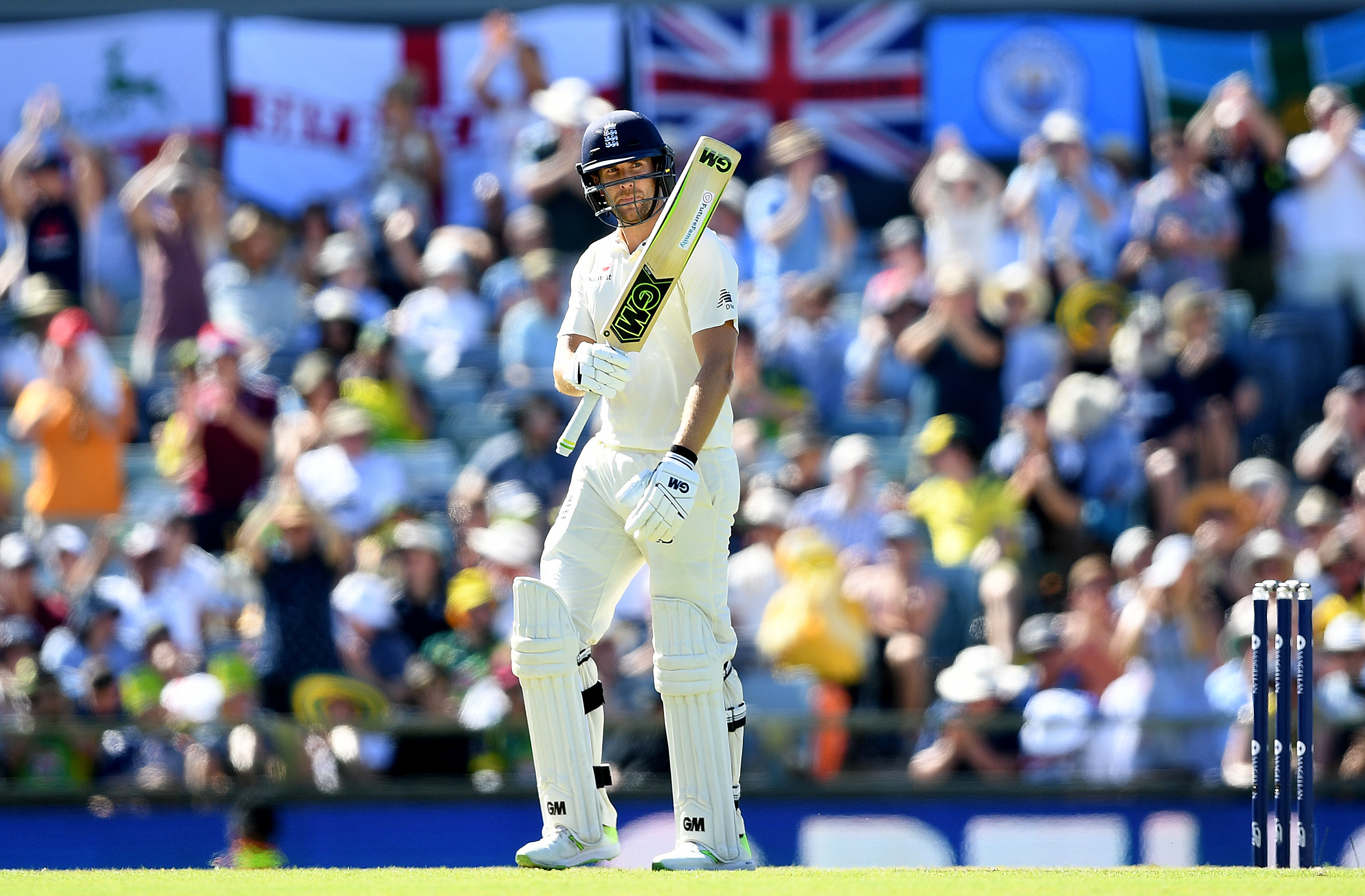 England’s second 100 partnership of the series has come between Malan and Bairstow. The first came on Day One of the series at the Gabba.

This is the 45th English partnership of the series, meaning 43 haven’t reached three figures.

Ball going over the stumps, Malan not out #Ashes https://t.co/QhCmo6vSgL

Australia’s slow over rate means the extra half an hour of play will need to be taken.

“I don’t even know why they stipulate 90 overs because they find any way to cut it back,” Chappell said.

That session had everything!

Mark Stoneman was in all the action, copping a blow to the side of his head from Josh Hazelwood before a controversial dismissal.

Originally given not out after Tim Paine caught behind off the bowling of Starc, the third umpire overruled despite inconclusive evidence the ball came off the glove holding the bat.

England’s woes are continuing when it comes to making big scores.

So far this series for England:

Stoneman (52*) has been struck on the side of his head off the bowling of Josh Hazelwood.

Having ducked straight into the line of the ball, the new guard attached to the back of the helmet flew off completely.

“The last three or four times I have seen a batsman struck in the helmet, wearing the new guards, they have flown off,” Bruce Eva said.

With rain scheduled in Perth on Sunday and Monday…

Chappell: “Today is the day for England. If they don’t put in a good day it is all over.” #Ashes

An even contest at the WACA, with the session finishing 2/91.

Alastair Cook was dismissed LBW by Mitchell Starc for another low score of 7 in his 150th Test.

But a steady partnership between Stoneman and Vince proved hard to break.

Stoneman has scored eight boundaries for his 48* runs and will be looking to make a decent score.

The Australian bowlers have found it hard to adjust to the bouncy WACA wicket, giving away several byes as the ball has flown over wicket keeper Tim Paine’s head.

The late wicket of Vince (25) in the second last over, caught behind off the bowling of Josh Hazelwood, sees captain Joe Root (1*) at the crease.

“He has done what the selectors have asked him to do – go away, make some runs, and show us that you could earn the right to be the number six for Australia.”

Cricket Australia CEO James Sutherland has just held a press conference in light of allegations the Third Ashes Test could be fixed.

“There is no evidence, substance or justification based on the dossier of information the ICC has received from the news outlet.”

News broke this morning accusing two bookmakers of offering to sell details of rigged periods of play during the third Ashes Test between Australia and England, which starts in Perth today.

The UK Sun has published a video of the Indian men, saying they are dealing with corrupt players who use signals to communicate with them.

The final 11 for both sides are in.

The Ashes are back at the WACA in what will be the final series between England and Australia at this ground.

Australia go into the third Test with a 2-0 lead over the tourists, with a chance to secure the Urn.

Former England captain Alastair Cook is lining up for his 150th Test.

England have won the toss and elected to bat.