The Tigers flatten the Pies and knab their top four spot 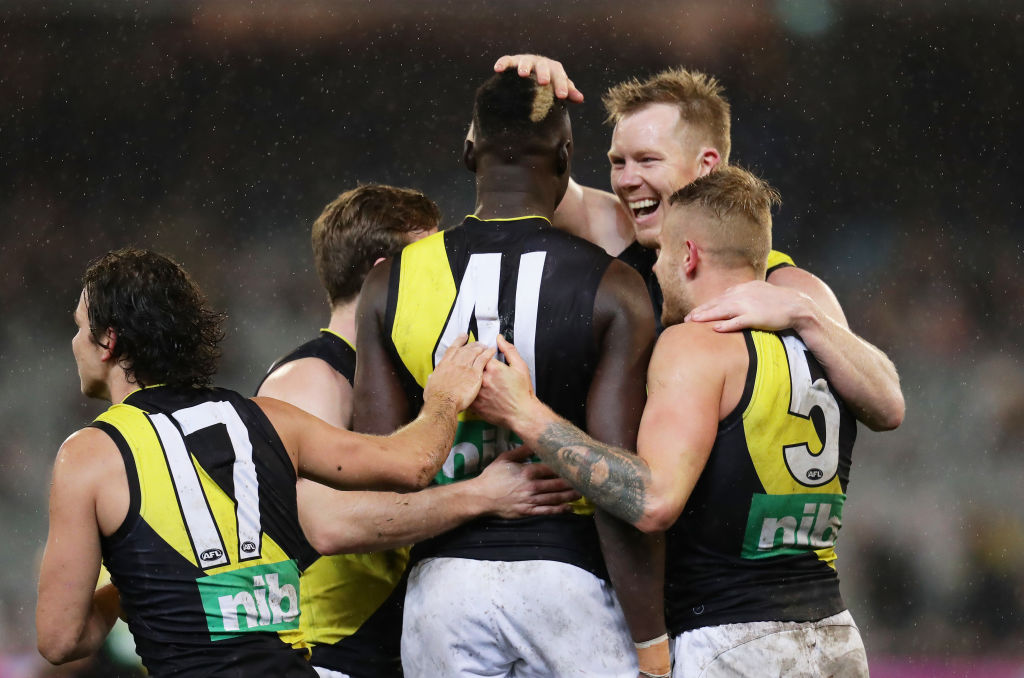 There is no denying Richmond held the game on their terms from start to finish.

The Tigers came out on top after leading the game at every change and finished off the Pies with a 32-point win.

Richmond were up and about milestone man Bachar Houli was on a high with 31 disposals, Dusty and Lynch bullied the Magpies with 38 disposals, two goals and 16 disposals and 5 goals respectively.

The only dark point of a great night was when skipper, Trent Cotchin, left the field with minor hammy and failed to return for the remainder of the match.

Richmond are dominating the game as the Pies struggle to keep up with the their pace.

It’s wet and slippery conditions out there, but it’s playing perfectly in Dusty’s hands with 23 disposals and one goal to his name.

The Pies have struggled to turn over the ball and it wasn’t until late in the second quarter they managed to kick just their second goal from the boot of Pendlebury.

Another quickly followed from Ben Crocker after the siren.

The Pies will need to dig deep if they want any chance of closing out tonights game.

Collingwood’s clash with Richmond tonight shapes as arguably the most anticipated match of the season so far.

The Pies are in desperate need of a win as they cling on to a spot in the top four, having lost three of their past four games.

And those hopes have suffered an extra blow before the ball has even been bounced, with Taylor Adams a late out for the Pies due to hamstring soreness.

He’s been replaced by Ben Crocker.

The Tigers, meanwhile, will be hoping to leapfrog the Pies and jump into the top four with a fifth straight victory.

Matthew Lloyd, Tony Shaw, Dwayne Russell, Bruce Eva, Mick Warner and Tom Morris will bring you ALL the action from the MCG, starting with pre-game from 6PM.

Football Manager Neil Balme joined the panel from down in the rooms.