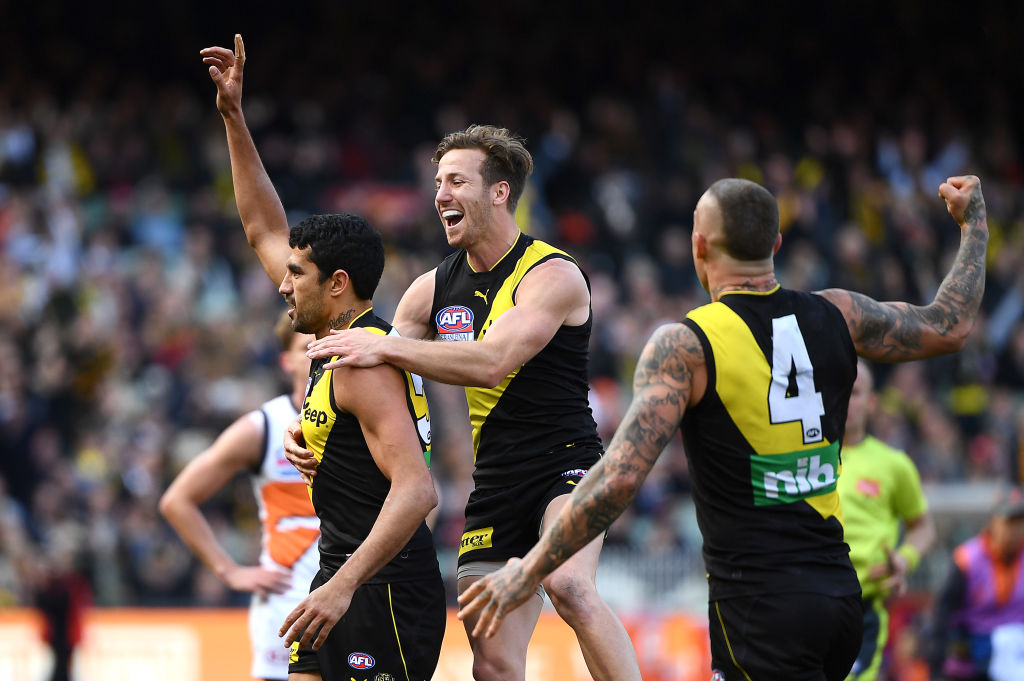 Richmond have won the 2019 premiership by 89 points.

The Tigers were all class for most of the contest, cruising to their 12th premiership and second in just three years.

He may have had a quiet finals series but Jack Riewoldt starred, kicking five goals.

The first debutant in a Grand Final since 1952 – Marlion Pickett- lit up the MCG, with his blind turn in the second quarter sure to be replaying for years to come as well as him kicking a breakthrough maiden goal.

He joins an exclusive group to with the medal multiple times.

The Tigers hold a commentating lead at the main change.

After the Giants held them at bay throughout most of the first term, Damien Hardwick’s men broke away and took control.

Richmond have kicked the last seven of the game.

There are no late changes for today’s lineup.

He joined 3AW Football pre-game for a chat.

The biggest day on the footy calendar is here.

This Grand Final pits one of the league’s oldest clubs with its newest.

Richmond, which has over 100,000 members and decades of history, take on the GWS Giants, a club just 10 years old and a team who in a short space of time has stamped its their mark on the competition.

After a shaky start in last Friday night’s preliminary final, the Tigers recovered to beat the Cats.

But if the first prelim last week was dramatic, it was topped by Saturday afternoon thriller between the Giants and Pies.

In a match that won’t be forgotten for a while, GWS Giants somehow managed to cling onto a slender four-point margin to book their spot in a maiden Grand Final.

It promises to be a cracking contest between two teams near their prime. Will the Tigers win their second flag in three years or will it be the Giants who claim a history first premiership?

3AW Football has the BEST pre-game, match call and post-game coverage from 10am today.

Missed our pre-game coverage? Click PLAY below to catch the FULL podcast