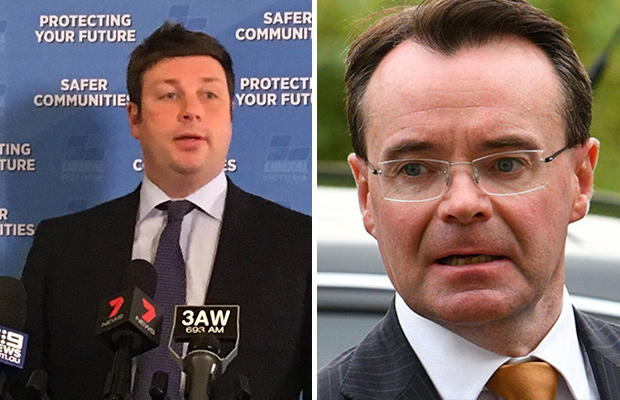 Opposition Leader Michael O’Brien has already asked Smith to stop playing the man, but that has clearly fallen on deaf ears.

Smith, unhappy that Victoria’s restaurants and bars are not yet open, called the Premier a “control freak wowser” in the online tirade, as well as “a friendless loser”. He referred to Mr Andrews as looking like “Lurch” and finished with “Dan has no mates”.

In Victoria with control freak wowsers like Dictator Dan running the show, you can’t even sit down for a coffee, let alone a beer. Our Premier is such a friendless loser, of course Victoria has no plans to reopen licensed venues,who would invite Lurch for a drink?#danhasnomates pic.twitter.com/rFGqJbGx9i

The tweet has proved wildly unpopular online, attracting nearly 300 likes from his fans but more than 1300 comments that are largely condemning.

3AW host Neil Mitchell, who has applauded Smith’s strong opposition in the past, today said he thought Mr Smith had crossed the line and may have put Mr O’Brien in a difficult position.

“In my view it challenges, directly and publicly, the authority of his leader, Michael O’Brien,” Neil said.

“I think (Mr O’Brien) will be further frustrated because this is going to get attention on a day Michael O’Brien is launching what looks to me to be a good idea to get Victorian manufacturing going again.

But Tim Smith, who has has doubled down in defence of his actions, says he hasn’t been reprimanded by Mr O’Brien for the controversial tweet.

“Sometimes you’ve got to use language … to cut through a very cluttered media market, and I’ve done that,” he told Neil Mitchell.

Mr Smith dismissed suggestions he is angling for party leadership.

“I can’t say I will never, never (run for leadership), but I’m certainly not at the moment,” he said.

Press PLAY to hear what Tim Smith had to say.

In a schoolyard in the 70’s, the response to this would have been “I know you are, but what am I?” Puerile, I know, but it doesn’t warrant anything more thoughtful https://t.co/pdVfXr0SwN