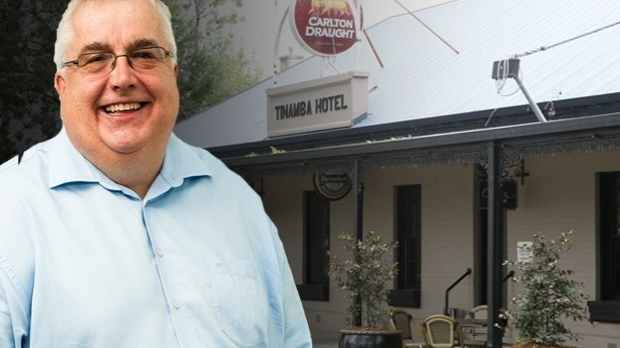 WINNER: 2015 PUB OF THE YEAR REVEALED

Welcome back to Pub of the Week for 2015, as again it is a great honour and pleasure to seek out the best that Melbourne and (wider)  Victoria has to offer.  This is my 20th year and throughout DeBortoli, Melbourne’s favourite wine, has been our partner at 3AW. (Indeed the segment has been running since 1991, with both Steve Price and Shane Healy as former reviewers, but DeBortoli always the sponsor).

Again your feedback is both encouraged and welcomed. More than ever, pubs are an important imprint on our lives whether it be small, intimate inner suburban, large outer suburban or a country pub that is the glue to a community. By extension, there are more reviews/reviewers/commentators on pubs than ever.

There is no doubt that what is considered a pub/publican in 2015 is blurred, and as is generally the case, it is always easier to say what they are not.

In my opinion, the two distinguishing factors are (and I have said this before), that pubs are places of comfort and community. These ethereal commodities are in the eye of the beholder, but as an old publican once said..’you christen or bury ’em in a pub; and then there’s the bits in between’.

As for your publican, they should be chatty, witty, empathetic, generous, stern, compassionate. An HR expert, diplomat, capable 4 rounder (figurative and not gender specific either), stand up comic, punter, sage (not a know all) but above all VISIBLE.  Someone who knows his/her clientele.

What a publican isn’t is someone who is a part of a financial group that buys into a pub and may pull a beer from time to time.

In 2015, these may be an old fashioned views but most people who form a small social circle in a pub, didn’t school or work together, yet this contact is so vital to their lives.

Each Friday, starting January 23, around 1145 with Neil Mitchell, the segment is presented. Reviews go up soon after and can be accessed at www.3aw.com.au.

Feel free to send an email to me at tleonard@fairfaxmedia.com.au and I will get back to you. Suggestions on great pubs to consider are always encouraged.

Chosen at random weekly.  Yes there are re-reviews, and as I have said before, a 3 year gap between reviews, (unless something big has happened and worthy of mention). As it turns out, the average split is  tried is for two thirds new, one third already reviewed. As for pricing, getting a bargain/meal deal mid-week is still out there in number and many pubs offer great value with these. My preference is for owner/operator rather than corprorate owned and best efforts are made to get out into the regions but overwhelmingly will take place in the Melbourne Metropolitan area. (That said, last year’s best pub was the Plough, Trentham).

Undoubtedly the trickiest issue to address given the subjective nature, but I share the concerns of many that prices, in pubs, are near enough at boiling point.

I know the costs of running a pub are extreme, and the cost of produce rises massively year on year, but the commonly held belief is the pub is still the last bastion of the real value meal. The yardstick is the chicken parma. Use this staple as your guide to determine what represents value to you, but keep in mind, that the cost should determine quality of produce and level of cooking. As for the cost of beer, the recomended to start the year is around $4.70/pot.

Out of 20, increments of half points and any pub with a score of 15 or more in my opinion is something special. My criteria is; meal (out of 10). I look for interesting, diverse but with traditional menu, which summed up is something I would have no hope of replicating at home;  tap beer, (out of 5) clean taste, good glassware, range of receptacles, traditional and craft.  The final five points comprises cleanliness, staff attitude, comfort levels, and that X factor such as interesting wine lists, overall value and the simple rhetorical question of do I want to come back?

I agree it’s both a basic and unscientific but if you go to a pub be analytical: after all its your cash!!

I will keep is simple – GET RID OF PUB BARRAMUNDI.  About 10 years ago, I did my 8 rules of pub dining; top of the tree was ..never have the pub risotto. This has changed to ..never have the pub barramundi. Of course there are exceptions but you will pay.  The farmed, frozen muddy offering, so prolific,  borders on inedible in my opinion.

A definite watch is PORK BELLY. Three elements to the success is crisp, fat, meat. The hardest to achieve is the crisp and it is either the meat being too dry or fat not roasted/rendered sufficiently. My advice – tread warily when ordering.

As for a trend in pubs  (they always seem a step or two behind) is summed up in one word – CHIPOTLE. Keep in the back of your mind the use of TAPAS in pubs, which extravagantly extended to garlic bread on one pub menu. Expect many and varied versions, just like the wording on your Balinese Cassette/CD, of this one: Chipotle.

Look forward to hearing from at tleonard@fairfaxmedia.com.au or using the Blog comments area at the bottom of each review.