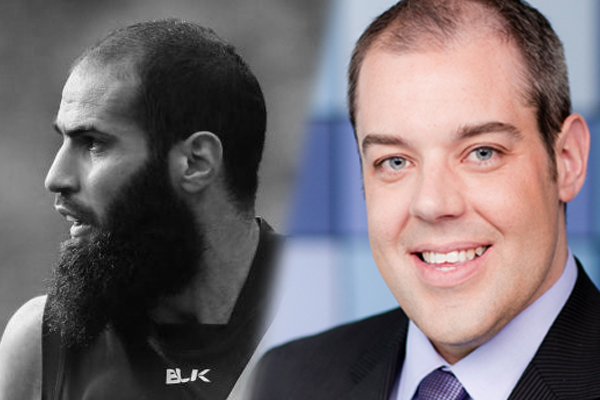 Every Monday, match review panel members pour over hours of vision,
debate the severity of incidents and ultimately refer to their AFL
sanctioned ‘classification table’ to make rulings. Was it action
intentional or careless? High or medium impact? Head high or body
contact? And from there, the penalty is determined.  There’s no
advocacy for a player.  No good record taken into account (you’re
expected to behave yourself on the field!)  A player’s bad record can
increase the penalty, but, nine times out of ten, fans can follow
along at home and have a pretty fair idea of what penalty awaits a
player.

However, in one night, the AFL tribunal undermined the league’s
‘classification table’ and the penalties handed down by the MRP.

And while it was unprecedented, it wasn’t then surprising when Simon
Lethlean announced on Wednesday that the AFL would appeal the
tribunal’s decision, citing the two game penalty handed to Bachar
Houli as “manifestly inadequate”.

To understand why the AFL had to appeal the two suspension, let’s go
back to the start of the week…

Bachar Houli was sent straight to the tribunal for striking Jed Lamb
after the action was judged by the MRP to be intentional, high impact
and high contact.  Look at the table, and the sanction is a date with
the tribunal.

After hearing the evidence, the tribunal agreed with the MRP in all
three categories, the most crucial of which, was that the action was
“intentional.”

Now, based on the MRP Classification Table, we in the general public
should be able to roughly guess what Houli may receive as a penalty:

IF his conduct had been classified as ‘careless’, it’s a three game
ban, down to two with an early guilty plea. But, the tribunal rejected
the ‘careless’ defence, and ruled the action as “intentional.”

IF Houli had made contact with Lamb’s body (still intentional, still
high impact) it would still be a three game ban, down to two with an
early guilty plea.  But, we know it was head high because of vision,
and the fact Jed Lamb was left concussed in the middle of the MCG!

Now, given that Houli didn’t enter an early guilty plea to what was
shown to be an intentional action and given the fact the AFL is
resolute in protecting the head of players at all costs, a four game
ban seemed fair.

Three seemed too light given that’s the penalty for someone who
doesn’t enter an early guilty plea on a charge of ‘careless’.

So, how on earth did the tribunal come to a conclusion of two weeks?
Because of “good-character” references from the Prime Minister (taken
from a press conference a day earlier) and a Gold Logie winner? I’ve
never doubted for a minute Bachar Houli’s regret over the incident,
nor have I doubted his good standing as a public citizen.  However, on
the footy field, he’s not a public citizen.  He’s an AFL player
subjected to the laws of the game.  And the laws by which the Match
Review Panel work off and as an extension of that, the AFL Tribunal
should follow, suggest that Houli, after being found guilty, had to
receive a sanction more severe than anything listed in the ‘table of
offences’.

The fact that Houli’s punishment wasn’t more severe, showed a complete
lack of respect by the tribunal for the Match Review Panel and the AFL
sanctioned criteria off which it makes its decisions.
Last night’s decision to uphold the league’s appeal for a four game
suspension is a win for the game as it looks to stamp out such
sickening acts.  It’s also a win for the standards by which the Match
Review Panel makes its decisions. An intentional, high impact, high
contact incident is referred straight to the tribunal for a reason.
And that’s that it’s such an unsportsmanlike act, it can’t be justly
penalised using the MRP’s set criteria alone.

This week saw the first AFL Tribunal meeting for 2017. On the back of
Tuesday night’s lenient sanction, it would be fair to assume their
would be many more tribunal sittings in the second half of the season.
However, after last night’s appeal, there’s a renewed confidence in
the AFL and its quest to rid the game of dangerous head high contact.
Oh, and as for the ‘character references’, leave them at the door.
The dos and don’ts of footy just aren’t that complicated.