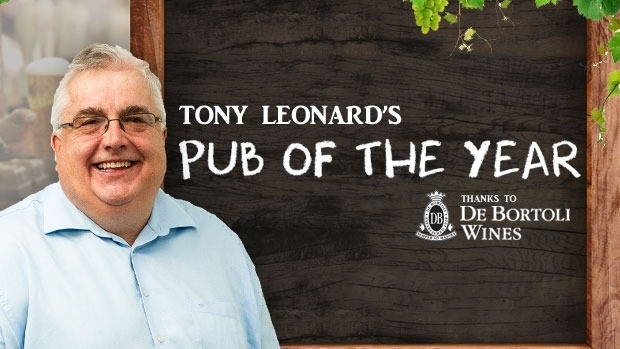 Welcome back for my 22nd year of presenting the Pub Of The Week segment with Neil.

Each Friday, around 11.40, I will share my thoughts on the pub that I have been to, and soon after, a written review will appear in the Lifestyle section of the 3AW website.

Thank you again for all feedback over the years, and obviously keep suggestions coming in to me, via email. My address is tony.leonard@macquariemedia.com.au and I will answer all of them.

Since starting this in 1996, most suburbs have been covered off, but if you know of a pub which is family operated that is going very well, then please contact.

I have said before that I prefer pubs that don’t have pokies, but the reality is in the expanding outer suburbs these are part of the package. If you believe they are making an effort then let me know.

Best endeavours always to go to pubs in regional areas (as long as reasonably accessible – up to 75-90 mins from Melbourne) and already some suggestions in for good old boys in Ballarat.

The essential elements of good beer/food/beer/comfort/hospitality and community are still the basics that all of us look for in a great pub and as is the case, trying to find some genuine value along the way.

No pub, unless there is a major revamp or significant change in ownership, is re-reviewed under a three-year period.

Whilst I like to do about 22-25 new pubs each year, it may be back to a 50/50 given the number that have been done over this period of time.

To reiterate, pubs are chosen weekly, at random and there is a preference for independent owner/operators.

The hardest thing to estimate is what represents ‘average’ in pricing.

Last year, the sticking point came with wine pricing whereas getting a choice of a half decent bottle in the $30s was plentiful say two years ago, now the marker is in the 40s.

The figures are rubbery I hasten to add! And naturally it varies from venue to venue.

I look forward to all of your comments/suggestions! Thanks again to Vince Gurcuilo and the team at De Bortoli, sponsors of Pub of the Week since 1990.

September 29: No review due to AFL GF Parade.