The family of Gitta Scheenhouwer, who tragically died when she was hit by a car in South Yarra, have released a statement, saying she was a”sweet, spontaneous, cheerful girl”.

The 27-year-old Dutch woman was on the “trip of a lifetime” when she was fatally struck as she rode down Chapel Street on August 12.

A 26-year-old homeless man has been charged over her death.

“We can hardly put into words the deep pain and feelings of overwhelming sadness and sorrow at the loss of Gitta Scheenhouwer who was taken from all of us on the 12th of August on Chapel Street in South Yarra.

Gitta was born and raised in The Hague (The Netherlands), in a very active, supportive always lively and warm family with loving parents, two sisters and a brother. A place where the door is always open and love and laughter welcomes you from the minute you step in. Gitta and her boyfriend Thomas left their safe haven in the Netherlands to follow their dream to “live down-under” for a couple of years. This was something they had been looking forward to for a long time. After years of studying, gaining work experience and making the preparations needed, their dream commenced on the 17th of May this year.

After visiting Sydney and Brisbane, they drove to Melbourne. Gitta and Thomas immediately started to explore the city while she was also looking for work as a graduate architect. They were joyfully moving forward in life while relishing the journey, and were both using every minute to the max.

At first they explored the city as tourists, but after a while Melbourne was becoming their own and it started feeling like a home town. Both enjoyed every bit this awesome city has to offer; from the coast in St Kilda to the Queen Victorian market, running through the Royal Botanic Gardens and around Albert Park Lake to strolling to the South Melbourne Market, walking through the crowds in the CBD to visiting the beautiful dwellings and architectural delights during Melbourne Open Day, dancing classes at The Space Dance & Arts Centre to watching MasterChef Australia on television, job hunting in the State Library Victoria to visiting events in Melbourne Park, trying every gelato shop in Melbourne to cycling and running along the Yarra River.

Riding her pushbike is something Gitta always loved to do. She was so happy when she bought her new bike to discover Melbourne even more. Gitta and Thomas were really living their Melbourne dream.

But it got beyond a dream as Gitta had landed a job as a graduate architect last week. For her, this was the best feeling in the world. From then, it was time to focus and start working in the industry she loved. What most others thought to be impossible and only dare to dream of, Gitta had succeeded. Always getting everything out of something was what Gitta did best. She enjoyed life to the fullest and lived it 100 per cent and more. Her goal was accomplished the job she loved was taken within two months of arriving in Melbourne. The wonderful dream in which Gitta had been living for two months ended in a tragic way on Sunday. She was riding her pushbike to a place she loved to go to….

Everyone who had the privilege of knowing Gitta knows that she will always be in our hearts as the sweet, spontaneous, cheerful girl who was always busy with all of the things she wanted to do whilst smiling from ear to ear.

Bike riders will be taking part in a memorial bicycle ride on Tuesday 21 August and will stop on the corner of Chapel Street and Grosvenor Street in South Yarra at 7.30am to take a moment to remember a beautiful life that should never have been lost.” 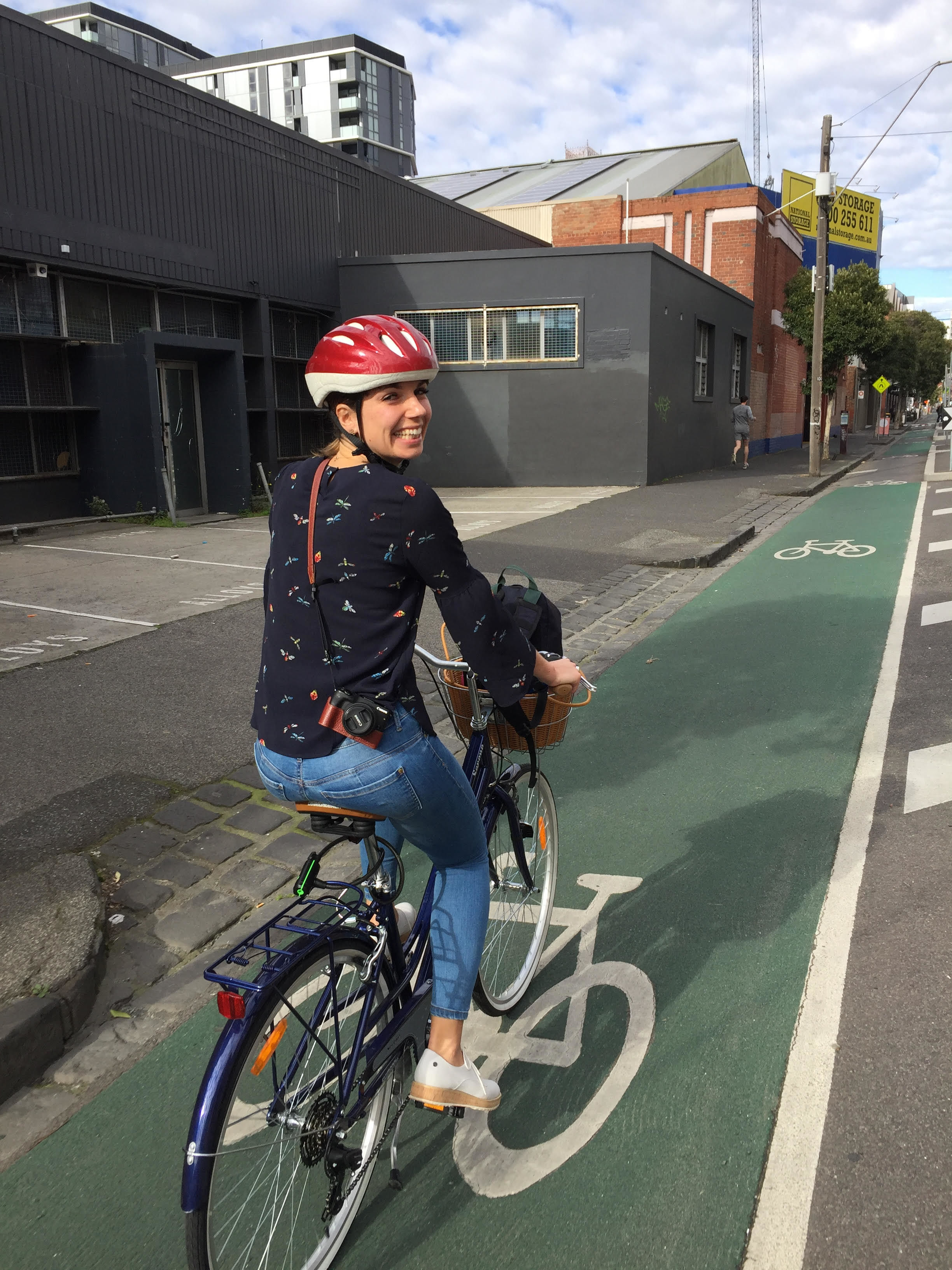