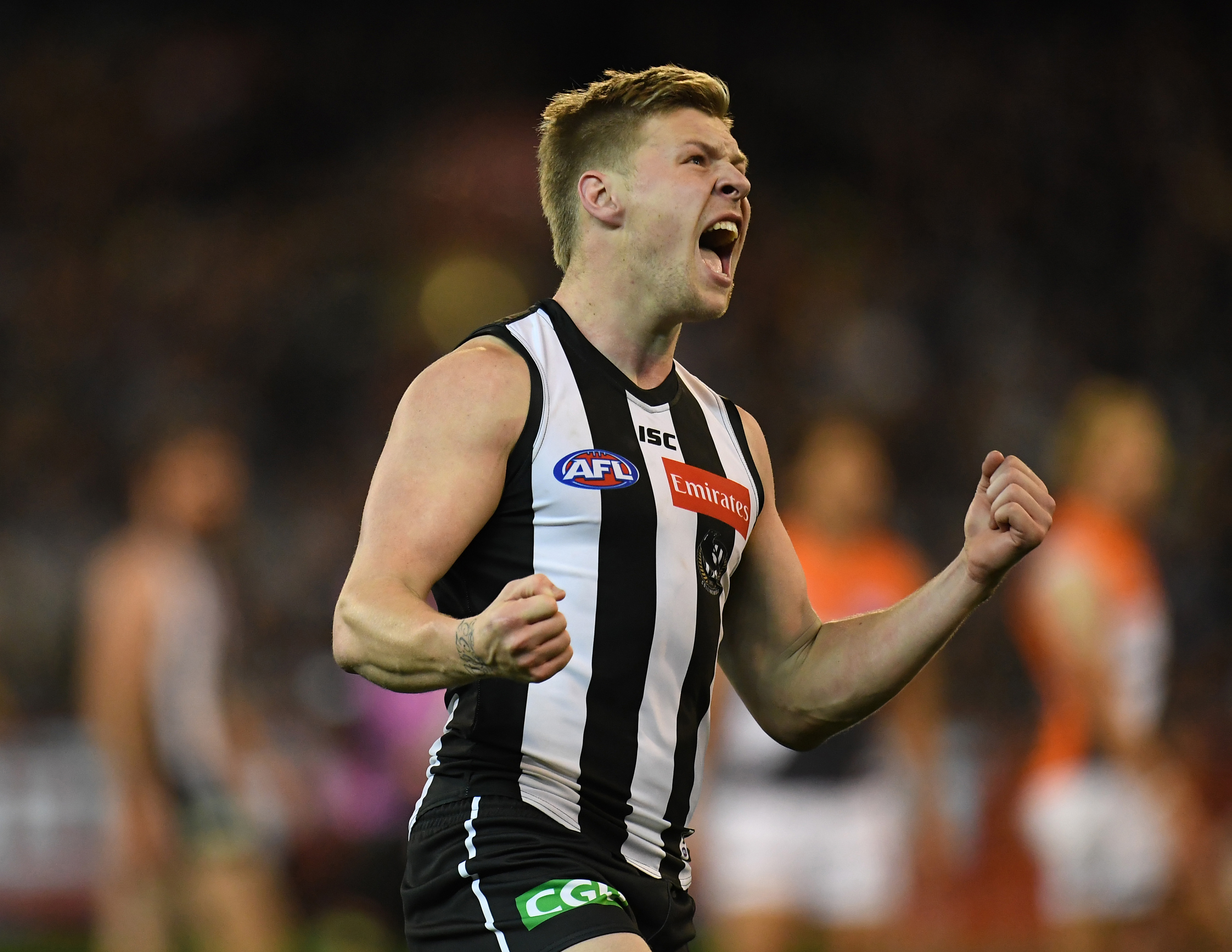 Collingwood have set up a blockbuster prelim against Richmond next Friday night after beating GWS by 10 points in a thriller.

In what what a tight tussle throughout the contest, Nathan Buckley’s side prevailed in a semi final classic.

The Pies now face the Tigers in their first finals meeting since the 1980 Grand Final.

In a tight and tense opening half, Collingwood lead GWS by seven points at the main break.

The Pies started strongly but the Giants fought back in the second quarter.

Jimmy Bartel says the Giants need to get more out of their stars.

“I don’t think the Giants are getting the most out of Toby Greene and Jeremy Cameron,” he said at half time.

Click PLAY to hear our full half time wrap

With the first bounce just an hour away, the MCG is currently being pelted with rain.

The Bureau of Meterology is forecasting a wet first half with showers easing in the second.

Lynden Dunn joined us pre-game and revealed some big news.

This weekend’s second semi final sees one of the giants of the competition face the actual Giants as Collingwood and GWS do battle for the right to face Richmond next Friday night.

The Pies were swamped by a late Eagles surge last week and despite playing well in Perth, face the prospect of being bundled out in straight sets.

Meanwhile, the Giants were slick against Sydney last Saturday and cruised into week two of the finals.

GWS come into tonight’s game without Josh Kelly, who didn’t recover in time after last weekend’s knee injury. In a left-field move, former Pie Lachie Keeffe comes in to face his former side.

They’ll be a bit of rain around in Melbourne so it promises to be a tight and frenetic contest in front of what’s expected to be a crowd of around 70,000 at the MCG.

It’s finals football on 3AW so make sure you follow every moment with Tim, Tone and the rest of  the No. 1 commentary team in the game.