West Coast captain Shannon Hurn has expressed his “excitement” at winning the flag.

“We needed to lose some games to help you win and that’s what today was,” he said.

“I’m just so excited for the group.”

Tight on the boundary, his straight kick put the Eagles up by five points.

He told 3AW Football he knew as soon as he kicked it it’d sail through.

“I look up and it went through fortunately,” he said in the rooms.

SIMPSON IN THE ROOMS

Victorious West Coast Eagles coach Adam Simpson joined us in the rooms after the match and singled out the unheralded Mark Hutchings for praise.

Click PLAY for the full interview on 3AW Football

West Coast have won the 2018 flag, winning by five points in an absolute thriller.

Dom Sheed’s goal from the boundary with under two minutes to play was the game winner in front of 100,022 people at the MCG.

Collingwood lead by just a point with only minutes to play before Dom Sheed marked 45 metres out on the boundary and converted from a tight angle.

A dominant Collingwood first quarter followed by a tight and tense second quarter sees the Pies take a 12-point lead into the main change of the 2018 Grand Final.

Both Jordan De Goey and Jaidyn Stephenson have two goals, while Dom Sheed leads all players on the field with 20 touches and five marks.

Luke Shuey had 11 disposals in the second quarter.

Leigh Matthews said in general play, it’s been an even contest.

Matthew Lloyd agreed, saying at half time it was typical of a Grand Final.

“It’s been an even match but I did think West Coast looked dangerous in that second quarter,” he said.

Click PLAY to hear the full half time wrap

QUARTER TIME | It was all Collingwood early but West Coast kicked the last two goals to draw within 17 points of the Pies.

Can you believe it…the Collingwood banner has blown apart.

Caro has endorsed Collingwood’s decision to back Nathan Buckley at the end of last season.

The team news is in…and there’s no late changes.

“This Eagles forward line is probably the best in club history,” he said on 3AW Football.

“With the flexibility and variety they’ve got, it’s going to be fascinating to see how the game unfolds.”

In saying that, Karl is tipping Collingwood!

Herald Sun cartoonist Mark Knight joined us outside the MCG on the 10-year anniversary of him penning his famous Grand Final posters. 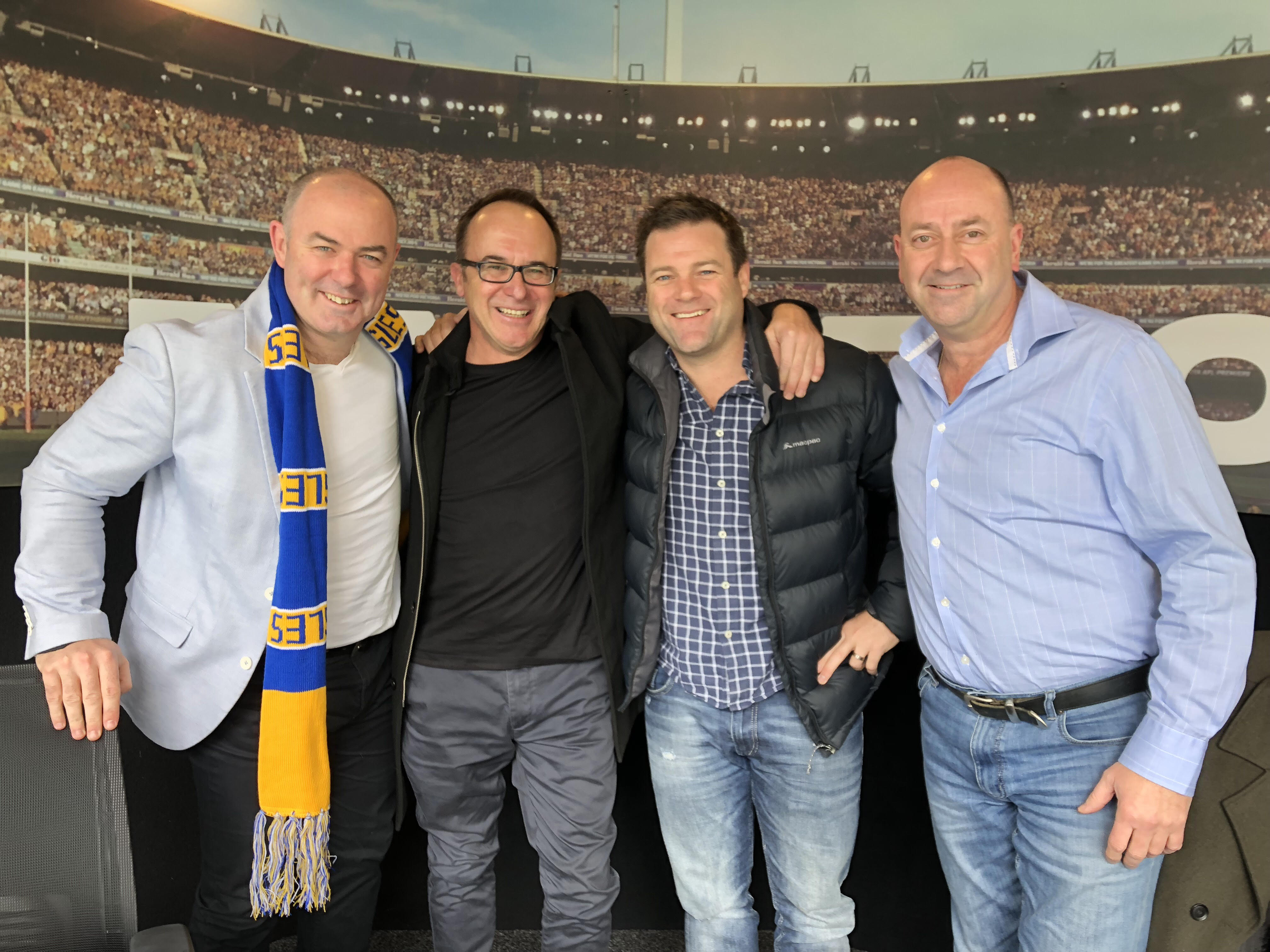 The MCC has announced a limited amount of tickets have been released for Restricted MCC members.

They’ll be put on sale at 11am after the MCC assessed the earlier arrival of Full members.

UPDATE:
After assessing the early arrival patterns of Full members, the club has decided to allow Restricted members to buy an entry ticket to today's #AFLGF.
A limited number of tickets will be available from 11.00am for Restricted members. DETAILS HERE: https://t.co/XntWoRGgfs

It’s the biggest and best day on the Australian Football calendar and it’s finally here.

In front of a crowd that’ll likely top 100,000 at the MCG, West Coast and Collingwood are only hours away from doing battle in the 2018 AFL Grand Final.

Grand Final week usually has some injury drama attached to it and this year has been no different, with Adam Simpson confirming Jeremy McGovern has failed to train for most of the week as he battles injury. Will he play? We’ll find out soon enough.

And what about Nathan Buckley and his Magpies? The Collingwood champion’s job came under serious question just 12 months ago but he’s now just four quarters away from becoming a Jock McHale Medalist and further etching himself into Pies folklore.

And as for the Eagles, they’re back on footy’s biggest stage for the first time since 2015 and will be determined to put that disappointing day behind them as they bid for their fourth Premiership.

So will Collingwood draw level with Carlton and Essendon on 16 premierships or will the Eagles silence the majority Collingwood crowd and win their first flag since 2006?

There’s only one way to find out and that’s by following every moment with the No. 1 commentary team in the game on 3AW Football as Tim, Tone and the team bring you all the action on AFL Grand Final day.