Smoke warning: Why Melburnians should take this ‘weird’ haze seriously

Melburnians are being warned to take precautions as smoke hovers over much of the state.

The EPA has given the air quality in Melbourne, Geelong and the Latrobe Valley a ‘very poor’ rating as smoke from the East Gippsland and Tasmanian fires mixes over the south of the state.

Authorities told 3AW Breakfast it was “weird” that the rain not able to dissipate the smoke, and was evidence of its thickness.

“Rain’s great when you’ve got smoke because it knocks it out (but) it’s not knocking it out,” Dr Andrea Hinwood, the EPA’s chief environmental scientist, told Kate and Quarters.

Monday morning, 6/1/20, #Melbourne. The smoke haze blanketing the city is from fires burning in Tasmania. The smell of smoke is strong & the air quality is dangerous. I can’t even imagine how people in Canberra & #bushfire effected areas are coping. #AustraliaBurns #ClimateChange pic.twitter.com/h3Uw1xHINb

Normal view vs today’s view. And the whole city stinks of smoke. When will our politicians act on #ClimateEmergency? #Melbourne. #AustraliaFires @ScottMorrisonMP pic.twitter.com/Zwu2NhZW6j

“What it means is we’ve got a hell of a lot of smoke in the landscape … and the little rain we’ve had is not enough to push it down.

“Stay indoors and away from the smoke as much as possible.

“People who are really sensitive will be finding it very difficult.”

3AW Mornings listeners have sent in photos of the smoke blanketing the city. 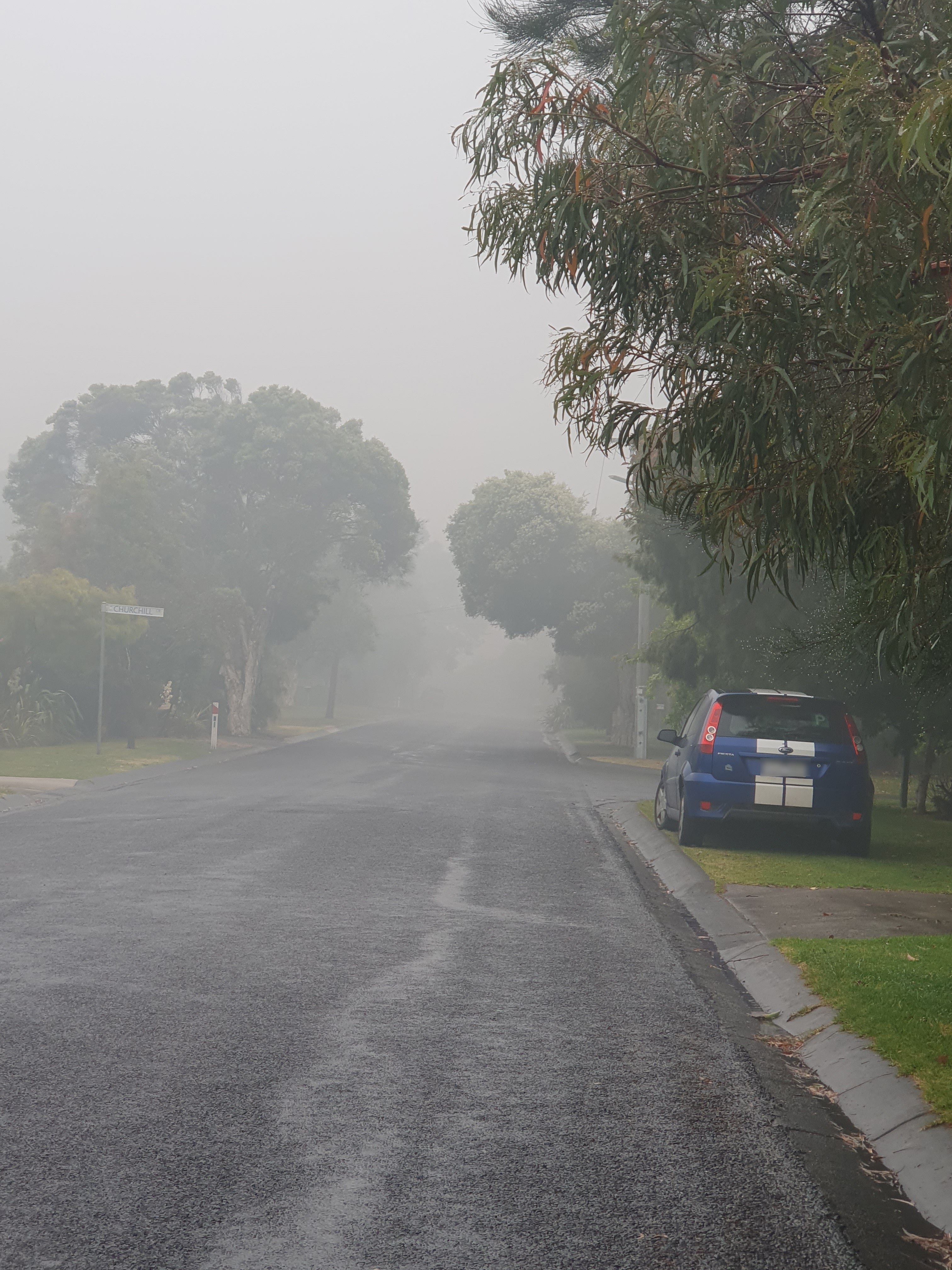 Image (above): Smoke haze in Inverloch this morning Image (above): Smoke on the Hume Hwy heading towards Melbourne from Sydney 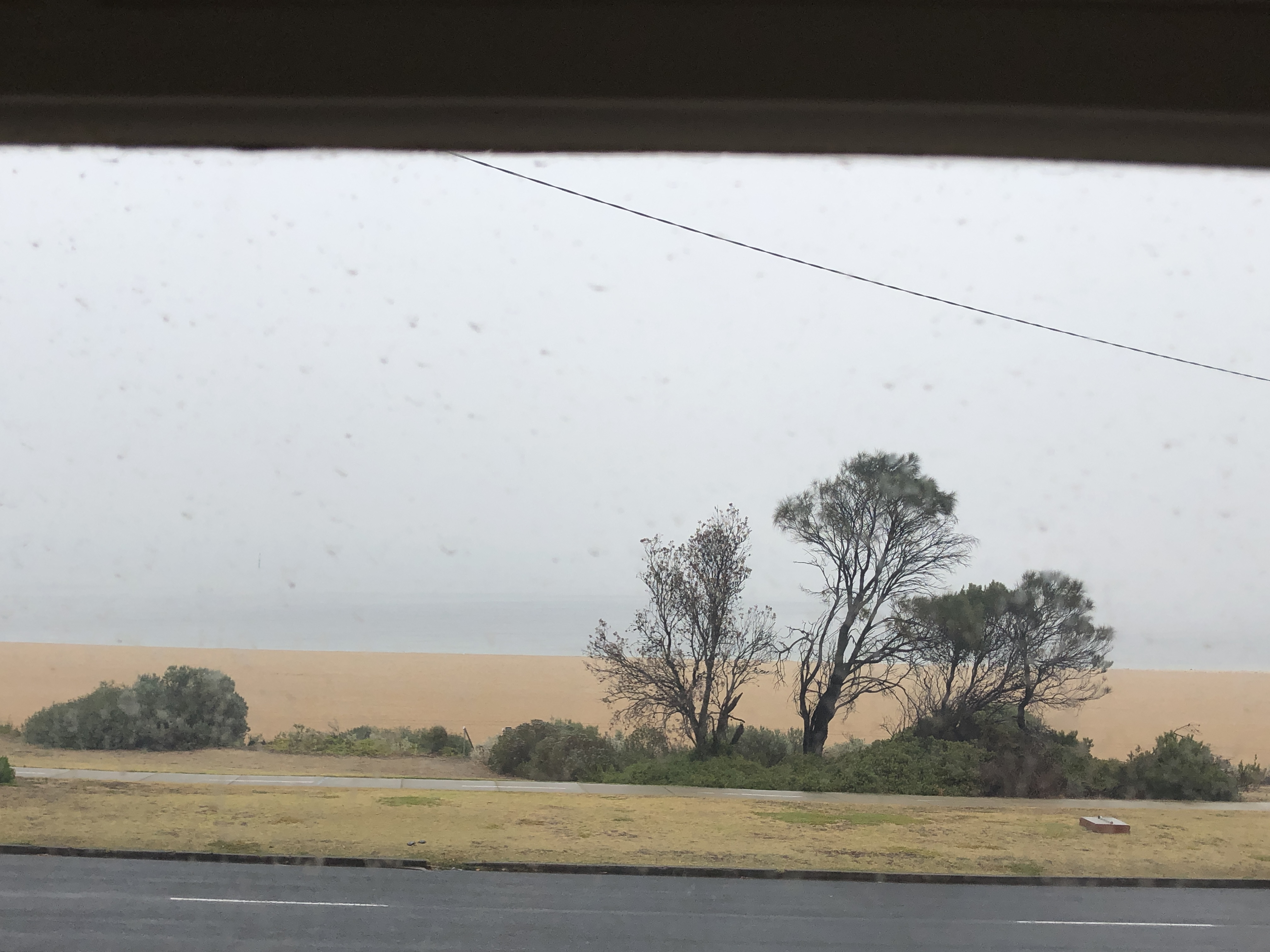 Image (above): Smoke across the bay in Brighton 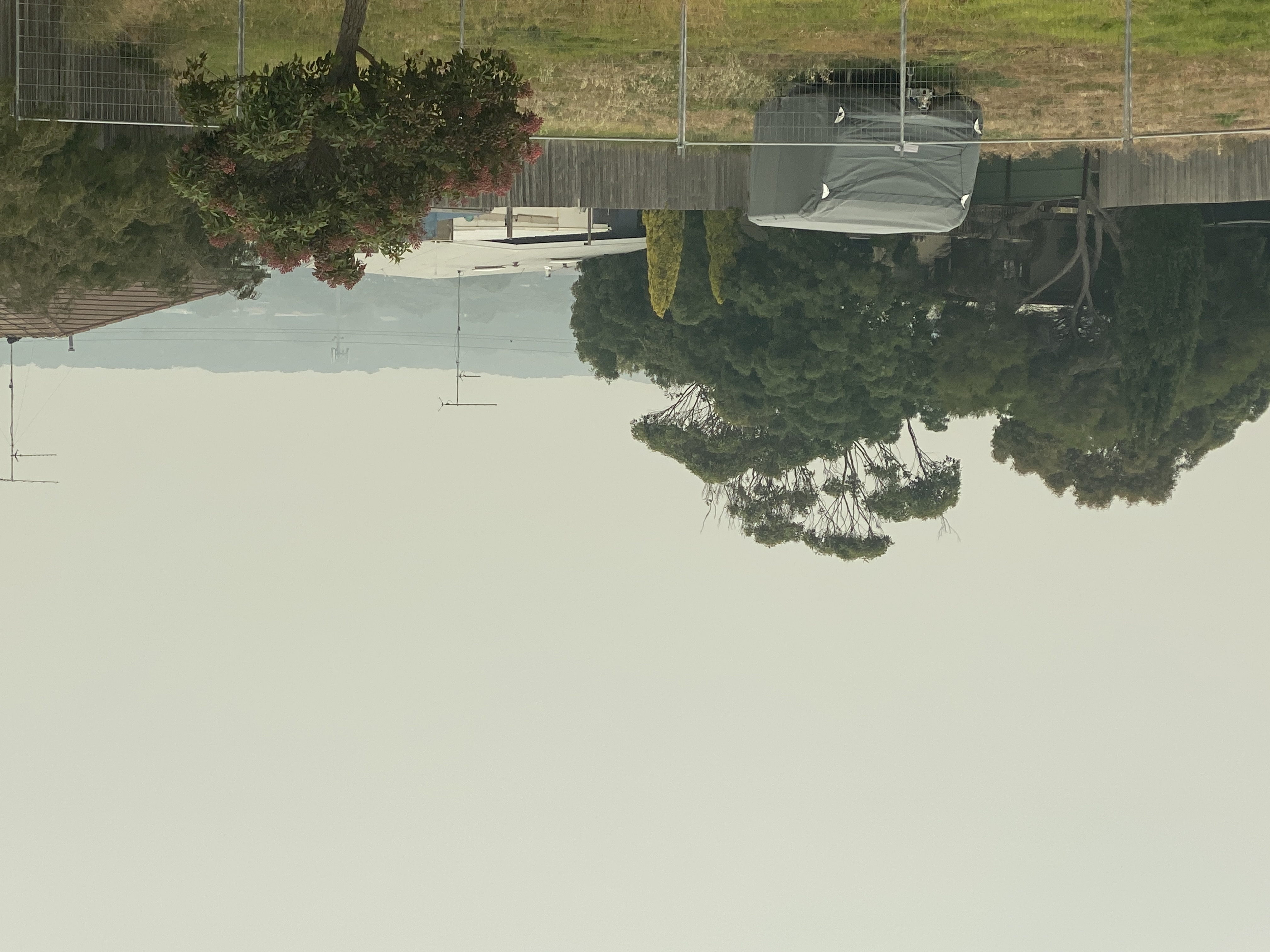 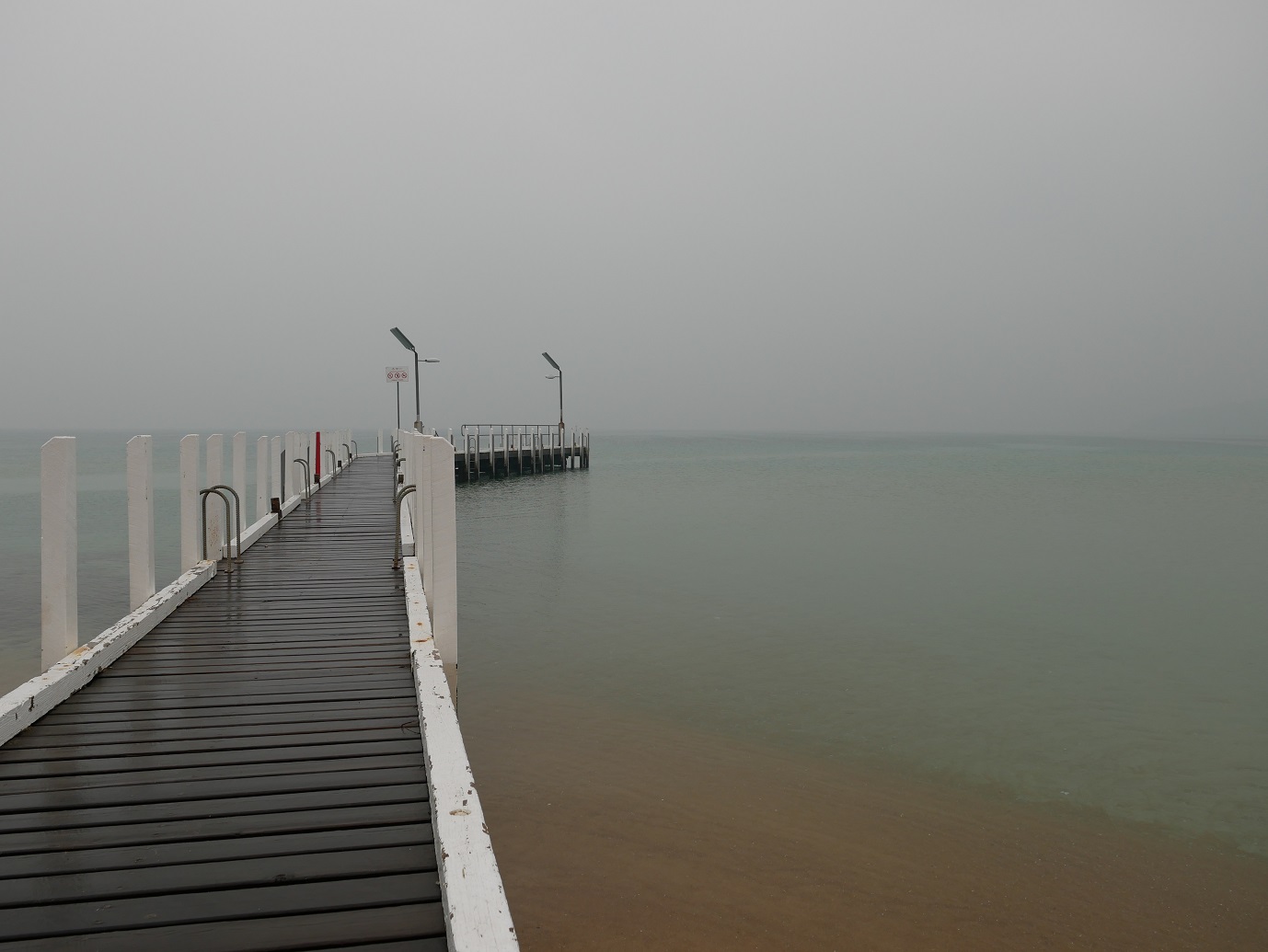 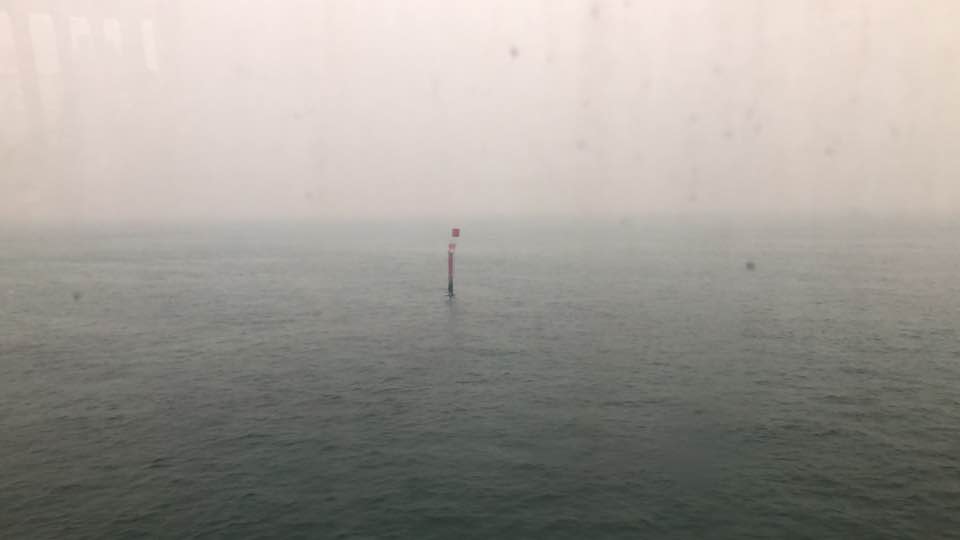 Image (above): The view from the Sorrento ferry crossing from Queenscliff. 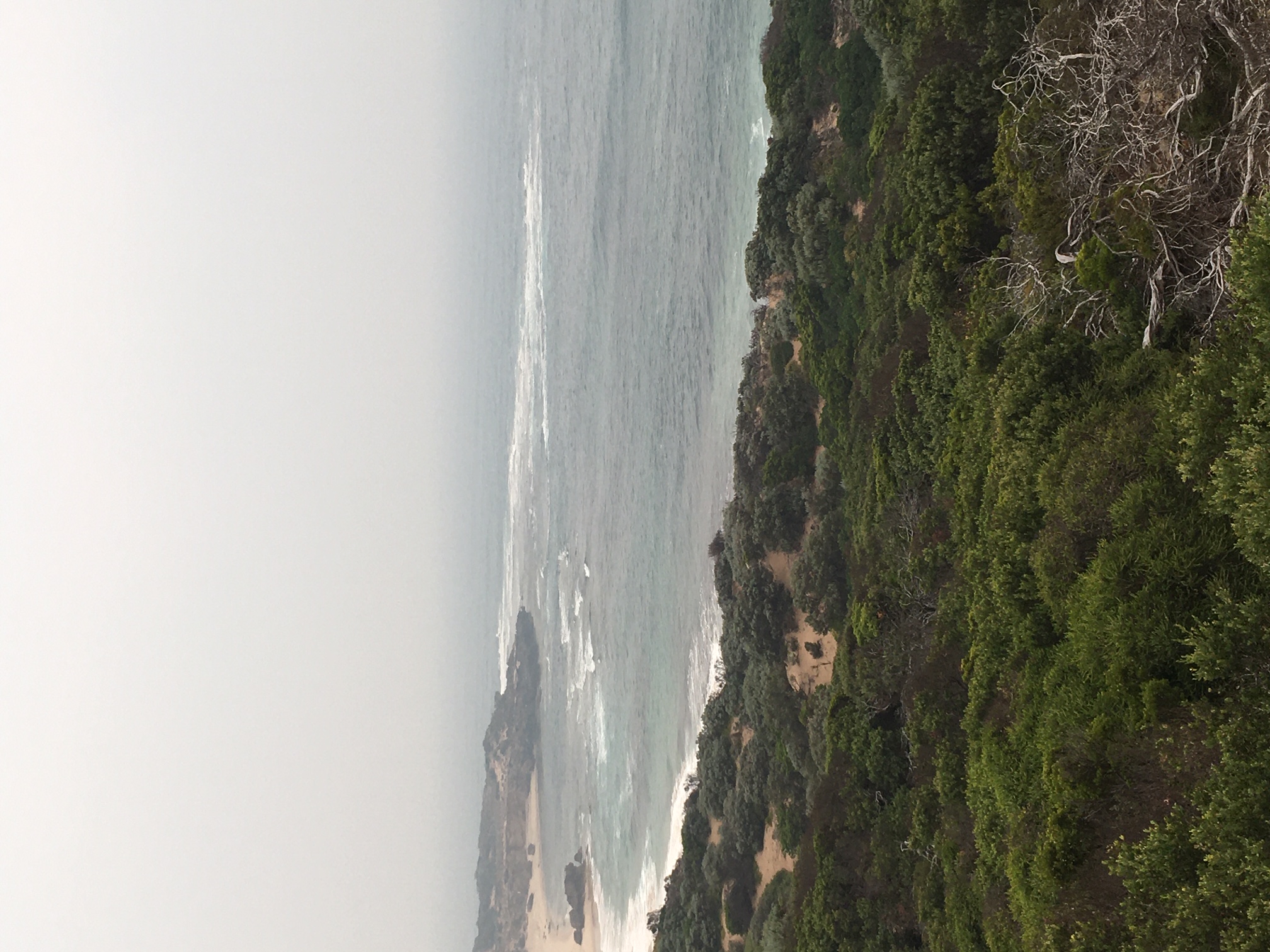 Image (above): Haze at Koonya Beach in Blairgowrie

Image (at top): Department of Health