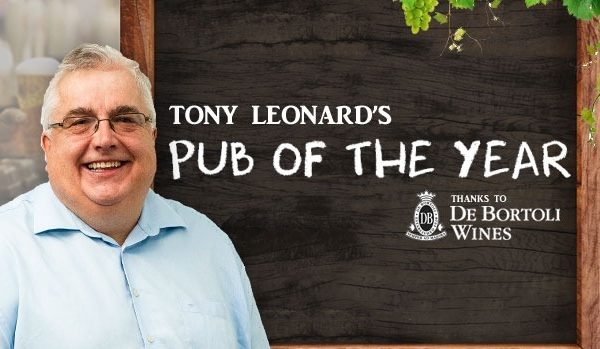 And so the 23rd year of presenting the DeBortoli Pub of the Week commences – with Neil Mitchell every Friday about 11.40am.

The written reviews will appear in the Lifestyle section of the 3AW website at www.3aw.com.au/puboftheweek and approximately 35-38 pubs will be covered.

I genuinely encourage feedback of the pubs reviewed and of course, suggestions of places to visit.

My address is tony.leonard@macquariemedia.com.au and I will answer each of them.

Unless there has been a seismic shift in the way the pub is run/looks etc, it’s normally a three year gap between visits.

I have previously stated my preference to family owner/operator, non-Pokies pubs.

Simply put, the majority of these fall into two categories of inner suburbs of Melbourne or regional areas of Victoria.

Given the vast majority of pubs in what can be categorised as ‘the burbs’ are run by a few corporate operators, there is an homogenised offer which doesn’t vary greatly. (Pokies/TAB/Big dining rooms/drive thru bottle shops).

However if you believe your local, which may fall into this category is brilliantly staffed/doing different in food and drink, then by all means let me know.

As I have said before, pubs are chosen randomly on a weekly basis and the elements of good beer/food/comfort/hospitality/service/community are still the basics that separate one pub from another. The scoring is still out of 20.

In my opinion, any pub getting 15+ has something really special going for it.

Outside of bottled/per glass wine, prices should remain stable. Roughly, (very roughly!) a good entree should fall in the $12-14, fully plated mains $25-32, desserts $10-12. You will pay more; you will pay less.

In closing, I would offer caution to any review, mine included, that is more than 12-months-old as an accurate guide to how a pub (and extend to other dining options) is performing.

There is much change taking place and pubs are seen as ultra desirable for savvy operators.

But having seen reviews that are posted on popular sites that are three-five-years-old (and then score aggregated) then their relevance is dubious at best.

New owners should not be burdened with the failings of predecessors and in equal measure bask in former glory if not entitled to.

I look forward to all of your comments/suggestions!

Thanks again to Vince Gurcuillo and the team at DeBortoli, sponsors of Pub of the Week since 1990.